CARP – A good deed done for their community is getting the West Carleton Warriors pee wee A team noticed on a national scale and in the running for a $100,000 prize.

The Warriors are a team of 11 and 12-year-old boys representing West Carleton in pee wee A competitive league play. Many, but not all, go to school at Stonecrest Public School. They are friends and they get together when they can, like at Carp Fair weekend.

Last year’s Carp Fair shares a date that will be in the West Carleton history books for generations to come. On Friday, Sept. 21 a tornado touched down west of Kinburn and tore a destructive path all the way to, and through the heart of Dunrobin – destroying more than 60 homes and businesses along the way.

Like many other community leaders in West Carleton, this team of hockey players mobilized quickly and came up with a plan to do their part for tornado relief.

The very next day, Warriors were at the Carp Fair, buckets in hand, raising money for disaster relief.

On the Saturday and Sunday of the Carp Fair, the team raised more than $4,100.

With your help this week, the Warriors have the chance to raise another $100,000 for West Carleton Disaster Relief. The Warriors are in the Final 10 and in the running for The Chevy Good Deeds Cup.

The cup is presented to the Canadian pee wee team that is also an outstanding community member.

The Warriors earned $2,000 for tornado-relief by becoming one of the 10 semi-finalists.

Now, they need your votes. Of the 10 semi-finalists, three have a chance of moving on to the final round. The three finalists are chosen based solely on the number of views their video (link below) gets between Jan. 26 and Feb. 9.

As finalists, the Warriors would earn an additional $5,000 and have a chance to earn the $100,000 grand prize. The winner is chosen by a panel of judges.

Warrior coach Sean Lecuyer says the Good Deeds Cup has been a welcome addition to a challenging season.

“We might not be getting the results we want,” Lecuyer told West Carleton Online earlier in the week before heading out for a weekend ringette tournament with his daughter. “It’s been a character-building season, but this has been a great distraction. I think if you ask any of the players, they’d say it’s been a great season.”

And that started with the fundraising at the fair.

“Some of these kids pass down Dunrobin Road every day on their way to school,” Lecuyer said.

But the fair wasn’t the only work the Warriors have done to help their community recover. The team volunteered their time at a Christmas Dinner for 200 tornado-affected held in Fitzroy Harbour Dec. 15.

The helped set up, serve and give out presents and assist where needed, and then tore down and cleaned up. Some 12-hours of work from start to finish.

Lecuyer says volunteering is just what people do in a rural community.

“I grew up in the Valley,” the Renfrew native said. “I’ve never seen anything like this (the tornado). These kids have friends who no longer have a house. It’s still talked about at school. The kids really get the seriousness of it. Whole lives were flipped upside down. These kids have come together and it’s great to see.”

Lecuyer points out that it also takes the parent to make something like this work as well.

“The parents have been great,” he said. “We’ve got a great reception. It’s a big deal. It’s affected so many people. It’s a lot bigger than I ever anticipated it would be. The parents have really stepped up.”

West Carleton Online attended the Warriors’ early Saturday morning (Feb. 2) practice at the W. Irskine Johnston Arena. It was a chance to meet the players who are also young community leaders.

The team has had its own challenges. They are operating on a smaller budget this year. The parents didn’t “feel right” about doing their usual fundraising right after the tornado. While their record on the ice isn’t up to Warrior standards, they are undefeated off the ice.

The legend of the Warrior team is growing. At the end of October the were the Myers Team of the Week which came with a $1,000 cheque. Now, they are recognized across the country for their deeds off the ice.

“It’s not been the best season hockey-wise, but it’s been fun,” Constance Bay’s Wally Lucente.

Wally is credited by his teammates for getting the Warriors involved in The Good Deeds Cup.

“Me and my dad were watching hockey and we saw the ad,” Wally said. “My dad said ‘why don’t you step up and tell the team?’ Well, I didn’t tell the team, but I did tell the coach.”

Part of the challenge of the cup is entries have to include a video. With the help of Stonecrest teacher Paul Cote, the team and extended family got to work. When they first did their initial fundraising, it wasn’t for the Good Deeds Cup. It was for their community, so the last thing on their mind, was making sure they got good video. So, parents had to find content, photos and more. The team also had to create some original content for their video as well.

“It was kind of fun” Logan Forgie said. “We got to use a green screen.”

But they know the work, the fundraising, the video-making, the awareness-raising, is primarily about helping their community.

“I live in that area,” Warrior Frank Janz said. “I was very shocked to hear that the corner store I drove past every day was gone. Some of my friends’ houses are no longer standing. I wanted to do whatever I could do to help. We just went out without thinking. If we win this competition, we’ll be able to help out a lot more.”

And it isn’t the first time these young hockey players have helped their community. A year before the tornado, West Carleton dealt with historic flooding in many of the populous communities along the Ottawa River. Some of these boys were out filling sandbags trying to help people protect their homes.

Lucente, who has volunteered his time at both natural disasters, says this work builds team chemistry as much as any practice does.

“It has brought us together as a team and we’re working to help the community,” he said.

To view the Warriors video and support their  bid to be a Chevy Good Deeds Cup finalist, click here (every view counts as a vote in The Good Deeds Cup).

Rheumatologist Kyle Walker back for good 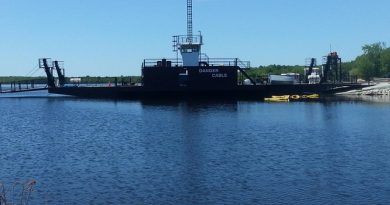 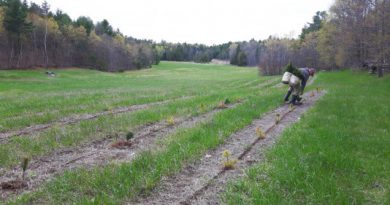