The Warriors, a pee wee A team made up of 11 and 12-year-olds from across West Carleton, have been newsmakers all around Ottawa after first, making the Top 10 in the Chevy Good Deeds Cup and then, with the help of all of Ottawa, getting in to the Top Three giving the team a crack at earning $100,000 for their community – specifically West Carleton Disaster Relief.

The team and its parents were on a media blitz the last two weeks encouraging people to vote for them by watching their video. On Saturday night (Feb. 16), during the second period intermission of the nationally broadcast NHL game, Hockey Night in Canada broadcaster Ron McLean made the announcement – the Warriors joined the Pionniers de Lanaudiére and the KV Devils in the final round of the Good Deeds Cup (see the West Carleton Warriors’ reaction video here).

Winning a spot in the Top Three raised the total earned through the run in the Good Deeds Cup to $5,000 to the Warriors’ fundraising efforts. Add that to the $4,100 the team originally raised canvassing at the Carp Fair the day after the Sept. 21 tornado, the Warriors have already raised $9,100 for West Carleton Disaster Relief. Now the team can catch their breath and wait. The Good Deeds Cup winner won’t be announced until March 2, during the second period intermission of the nationally broadcasted NHL game.

Lecuyer said most of the team gathered at teammate Frank Janz’s parent’s house to watch the announcement.

Lecuyer was unable to attend that party but did get to watch the reveal live with some very special people.

“I watched with my parents, my sister and her kids,” Lecuyer said. “It was pretty great. It was nice to share with my family.”

And soon after the announcement, one of the player’s parents sent Lecuyer the video of the players’ reaction.

“That was pretty neat,” the coach said. “This is something we will remember for the rest of our lives.”

“We’re in the process of just sending out messages of thanks to everyone who has supported us,” he said. “We got a lot of support from all over Ottawa and the area. Our parents did a great job of canvassing for us. A lot of people really stepped up and got behind this team.”

While the players get a break, there is much the community can still do to help the Warriors’ cause.

“We definitely need community support,” hockey mom Shelley Welsh said. “And it’s very important that the hashtags are used. We need people to write how winning will affect us as a community and how it can help everyone that is still needing assistance as they recover from the tornado. Also, messages of support for these young men that are involved in the amazing program that Chevrolet has put out and how it is such a positive and creative way to spotlight young athletes and great kids on and off the ice.”

If you are using Twitter, Instagram or Facebook, just post a message to your feed and use the hashtags #westcarletonwarriors and #GoodDeedsCup. You can also add these Twitter addresses to your message: @peeweewcw, @ChevyCanada, @Marner93, @IceSinghHNIC and @couellette13. Good Deeds judges will be searching for these messages of support while making their decision.

“We’ve got people all around the world watching,” said the Marathon Village resident. “We need to show the judges how much we all care.”

One thought on “Warriors in waiting game until March 2” 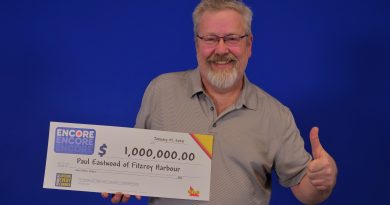 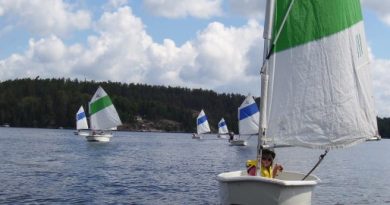