CARP – It was the last home game of the regular season for the West Carleton Inferno last Sunday (Feb. 10), and it was a chance for some of the local players to get one last game in front of the home crowd.

It’s been a tough season for West Carleton’s first ever junior team. The Inferno are a brand-new team in the National Capital Junior Hockey League. And it shows as they go through the bumps and bruises common to many first-year teams in any league.

After 32 games, the Inferno are last in the 10-team Junior C league with a record of 2-27-3. Their playoff hopes are gone, but its still an opportunity to play highly-competitive hockey close to home.

Carp’s Cameron Duhn and Nicolas Savasta, a forward and a defenceman on the Inferno, spoke to West Carleton Online about a half-hour before the team’s final home game.

Savasta has played 14 games with the Inferno but has been affiliated with the club the entire season.

“As far as wins it’s been a tough season, but we’re going in the right direction,” he said. “There’s been lots of ups and downs, but we’re ready for next year.”

Both have two years of junior eligibility left and say there’s a good chance they will return to the Inferno in the 2019/2020 season.

Duhn, 18, has played 27 games for the Inferno, tied for the most, and is second on the team in points with five goals and 10 assists.

Duhn is thinking about Junior B hockey but says he’ll be happy to come back to the Inferno if that’s the way it plays out.

“The community has been great,” Duhn said. “The kids come out and have a Junior C team to look up to and it’s great to be able to play hockey and be around my home community.”

Savasta says the Inferno has extended his competitive hockey career.

“If there was no Junior C hockey here, I probably wouldn’t be playing,” he said.

After a brief discussion, the defencemen say they would have to play for the Bytown Royals out of Vanier if they couldn’t play for the Inferno.

Both Duhn and Savasta played together as part of the West Carleton Crusaders growing up but didn’t know too many of the other players on the first-year team at the start of the season.

“But we have developed good team chemistry,” he said. “That’s kept us together and coming to the rink.”

“That’s what hockey is all about,” Duhn said. “These friendships will last a lifetime.”

The Inferno wanted to do something special for their fans at the last home game of the season. The Feb. 11 game against the division-leading South Grenville Rangers was also a celebration of West Carleton Minor Hockey.

Owner-general manager John Miotla held draws for prizes donated by local businesses including West Carleton Online. They also acknowledged the many accomplishments of the West Carleton Warriors and Crusaders throughout the year during breaks in the action including the fundraising actions of the Warriors Pee Wee A team which fundraised and volunteered their time to help provide relief for those affected by the Sept. 21 tornado.

The game itself was a 6-0 loss for the Inferno, who will now play their remaining four games on the road, back-to-back-to-back-too-back from Feb. 16 to Feb. 19. 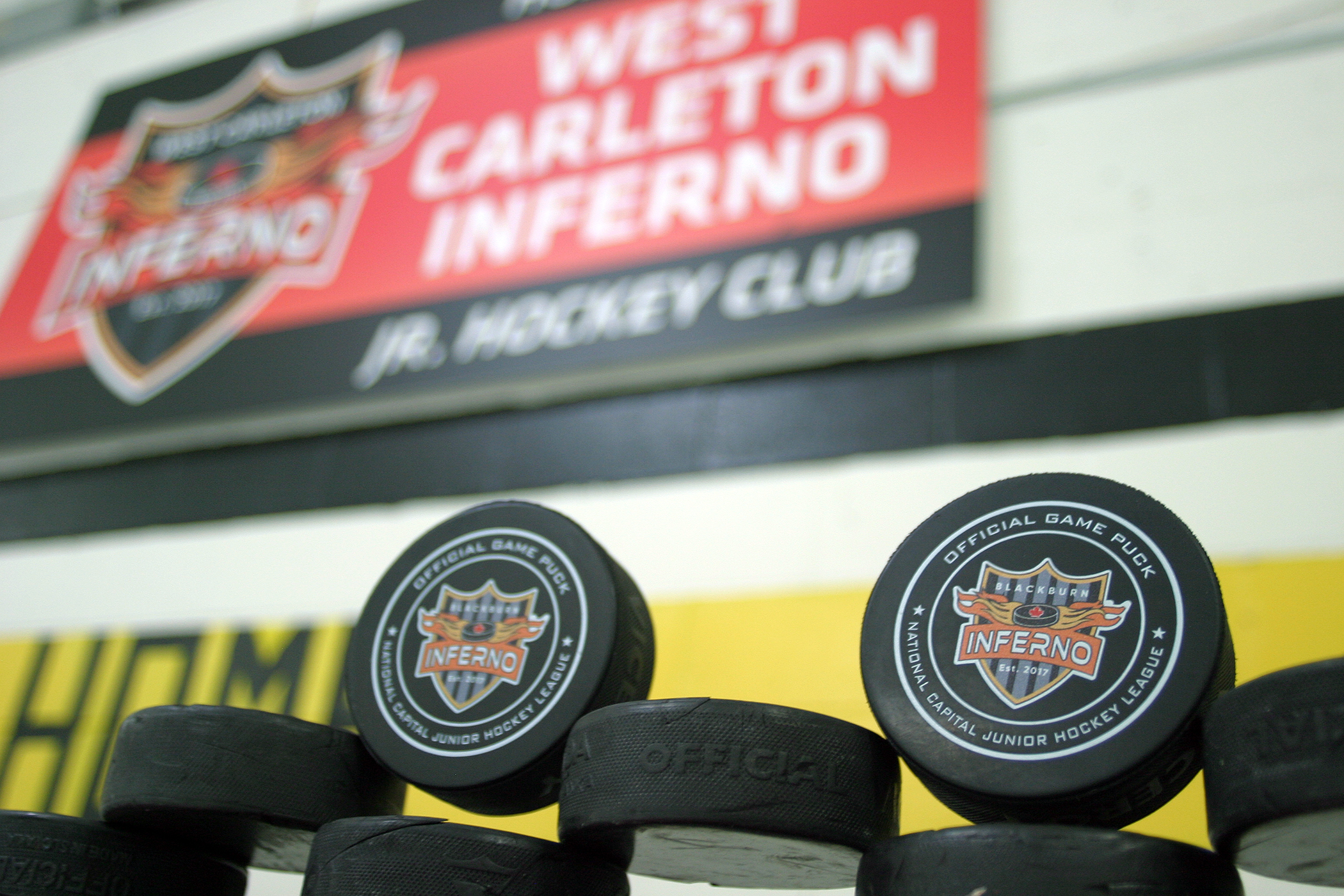 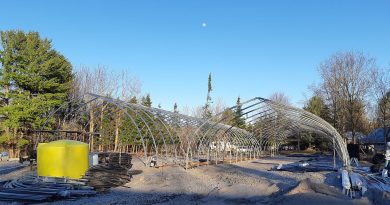 Spinks pivot from pools to produce 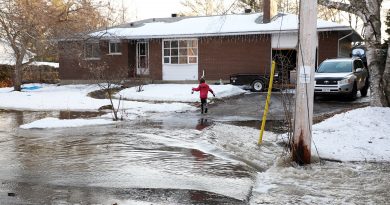 Watershed flows on the rise but flooding not expected