OTTAWA – The City of Ottawa and the lawyer representing the class action have come to an agreement in principle to provide advance money for those injured in the Westboro bus crash Jan. 11, that killed three Ottawa residents and severely injured several others.

Lawyer Derek Nicholson of injurylawyersottawa.com stated he and the city have agreed the city’s insurance provider will advance money “to help my client and others who were seriously or catastrophically injured in the Jan. 11 bus crash” the statement read.

“These funds will provide early support for their recovery and ease the financial stress arising from their injuries,” Nicholson said. “This can mean a great deal in terms of assisting those who are struggling following this tragedy. I express thanks to the city and its insurer for this assistance.”

City clerk and solicitor Rick O’Connor informed the city its insurers are taking steps to make interim payments to assist those most critically injured in the tragic Westboro Station bus collision in a memo released to council today (Feb. 13).

“The interim payments are being funded at this time by the insurer to provide immediate assistance to those seriously injured and their families, rather than waiting to go through the litigation process,” the memo read. “Arrangements for these interim payments have already been reached between legal counsel appointed by the city’s insurer and one victim represented by Mr. Derek Nicholson, a local lawyer. The city’s insurer is also reaching out to other seriously injured plaintiffs through their legal counsel.”

The city, in concert with its insurer, continues to address claims arising from the collision. 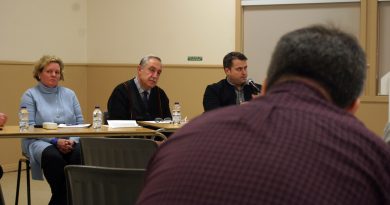