OTTAWA – City council today (Aug. 29) directed staff to prepare for the legalization of cannabis, specifically for the establishment of stores for its sale.

City staff will prepare the new council, elected on Oct. 22, on the issue of permitting physical cannabis retail stores within the boundaries of the City of Ottawa. This follows the announcement by the Government of Ontario that cannabis will be sold through private retail outlets starting in the spring of 2019.

Staff will gather and analyze information for the new vouncil on the implications of any proposed retail “opt-out” option to determine whether this is feasible, operationally possible and enforceable. Staff will work with authorities such as the City of Toronto and the Government of Ontario on issues, including potential zoning, enforcement tools, licensing and similar issues that would impact the appropriate siting of cannabis stores in Ottawa. Staff will also develop options for quick public consultation on the issue so that residents can provide their views to the newly elected Council.

The mayor announced at council that following a nationwide search, Kim Ayotte will be the city’s permanent fire chief. Chief Ayotte is bilingual, with 29 years of fire service experience. For the past 15 years, he has been a member of the Ottawa Fire Services management team and held the substantive title of every deputy chief position within the service. Chief Ayotte also brings an extensive list of credentials, including a Master’s Certificate in Municipal Leadership and a Professional Designation of Executive Chief Fire Officer with the Canadian Association of Fire Chiefs.

City council approved the use of gateway speed-limit signs, which mark the start and end of areas with lower speed limits.

Council approved appointing Dr. Sarah Funnell and Dr. Trevor Arnason as Associate Medical Officers of Health at Ottawa Public Health and forwarded its recommendations to the Minister of Health and Long-Term Care for approval. Today’s Council approval followed the Ottawa Board of Health’s unanimous approval of the appointments at its meeting on August 20. Dr. Funnell and Dr. Arnason will each join Ottawa Public Health on a part-time basis to focus on public health and preventive medicine physician support, as they will both maintain a community clinical presence outside of their work with Ottawa Public Health.

For more information on city programs and services, visit ottawa.ca or call 3-1-1 (TTY: 613-580-2401). You can also connect with us through Facebook, Twitter andnInstagram

Around 3,600 without power in West Carleton 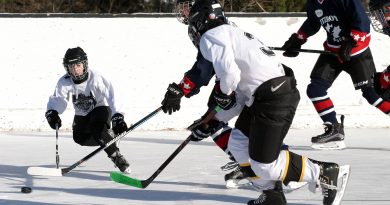