KINBURN – The West Carleton Rivermen will be one of four teams competing in the inaugural season of the Eastern Ontario Senior Hockey League (EOSHL) this fall.

It’s a brand-new league for the area, but it’s following a template that has proven successful in other parts of Canada, especially Quebec. The EOSHL brings senior A hockey to the ice in a competitive format. It’s an opportunity for former professional, collegiate and junior hockey players to continue playing the game they love in a very competitive and highly-skilled league.

Adrian Moyes, a Galetta resident who grew up in Constance Bay and played his minor hockey with the Warriors, is entering the league as team owner of the Rivermen and the 30-year-old former professional hockey player will be playing on the team as well.

Moyes played in a similar senior A league last year that was based across the river. The owner of the Cornwall Senior Prowlers team, Mitch Gagne, liked the idea, but wanted to do something closer to his region and created the EOSHL and asked Moyes if he would like to be a part of it.

“It’s a new concept for Eastern Ontario for sure,” Moyes told West Carleton Online earlier today (July 30) from the Rivermen’s home rink – the Kinburn Cavanagh Sensplex. “They do a lot of this in Quebec. The hockey is good. The caliber of your top two lines were all collegiate, ex-pros, junior A guys.”

Moyes was born in Toronto and his family moved to Constance Bay when he was six. He played his minor hockey with the West Carleton Warriors, played some junior hockey with the Arnprior Packers and “then went over to Germany,” where he played professional hockey for a few years in the Oberliga.

“It was good,” Moyes said. “I got to travel around Europe for free basically.”

Now Moyes owns his own business and also referees hockey, not something he will be able to give up any time soon as an EOSHL franchise owner.

“If I break even, I’ll be happy, but we’re going to need some good sponsors,” he said. “It wasn’t about owning a team. It was about bringing something to the community that wasn’t there. There’s not a lot to do out here on a Friday night. I think this will be fun.”

The Rivermen will play games Friday nights, with home games in Kinburn starting at 8:30 p.m. The first season will be 18 games long playing against the Maxville Millionaires, Cornwall Prowlers and Deseronto Bull Dogs.

When Moyes played in a similar league last year, he said his first game was a bit of an eye-opener.

Teams are allowed a 30-man roster but will most likely only dress three lines for a game.

Last week, Moyes was able to put his management team in place. Kanata’s Mike Byrne accepted the role of head coach and general manager while Cody Waite will be the associate coach.

“I am very excited to be behind the bench for the Rivermen,” Byrne said at the time of his hiring. “I think we can put together a team to make a run for the championship. Coach Waite will make an excellent addition to the coaching staff and his defensive mindset will be an asset to this team.”

Moyes says the hiring will be the extent of his involvement in hockey operations.

“We’ve got a great GM and coach,” Moyes said. “I’m removing myself from that aspect. I’m not making any player decisions. My goal is to get people out to the rink.”

“We’re going to send some of our top players to work with the local kids whenever we can,” he said. “Getting the kids interested is key. Nobody has seen anything like this. We have to show them it’s good hockey.”

And Moyes says it will also be local hockey. Moyes, with his refereeing experience and long-time roots in the community, knows the talent in the area and plans to have the Rivermen filled will local players.

“We can’t sign anyone until mid-August,” Moyes said of the league rules. “But I am expecting three or four guys from the area on the team and we want to sign a few more local guys. That’s how we’re going to draw fans.”

The ice at the Kinburn Sensplex goes in Thursday (Aug. 1) and right now the try-out will be a full-length, stop-time game. Players have to be at least 18-years-old to play.

“We’ll start there and expand if we need to,” Moyes said. “Last year there were one or two 50-plus guys playing. If you’re willing to come to the camp and show us what you got, there’s no age discrimination.”

UPDATE 7:10 p.m.: The Riverman announced the time of their first tryout for the team early this evening.

” The Rivermen are happy to announce their first Senior A hockey tryout on Aug. 24 at the Bell Sensplex,” the team released in a statement.
Please email westcarletonrivermen@gmail.com to sign up.
Please include the following information: Name, Address, Phone Number, Date of Birth and Position. The Rivermen are charging a $50 entry fee.
“To confirm your spot an etransfer payment must also be sent.,” the statement read. “We look forward to seeing a lot of talent on the ice for this first skate.”

For more information on the West Carleton Rivermen, visit their Facebook page. 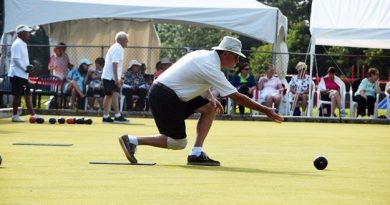 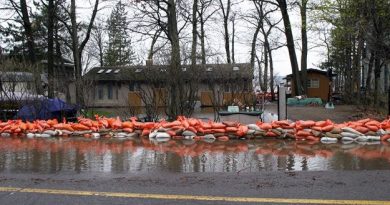