WEST CARLETON – Ward 5 is a late addition to the community consultation tour looking for public input on policing in Ottawa.

Topics being discussed include perception about safety, crime and disorder issues, police performance and quality of service; trust and confidence in the OPS; and top issues and priorities the public feels the OPS should address.

“This is the only rural consultation in Ottawa,” she told West Carleton Online. “It’s important to show up because West Carleton will be the rural voice. We know crime is out here, but it is different.”

Eighty per cent of the geography of the city is termed rural.

When the OPS first announced its public opinion research project, all four consultation locations were in the urban and suburban areas of Ottawa.

“There were a lot of social and health services organizations present,” she said. “Not a lot of community input. Community policing has been a major issue at the consultations so far.”

There have been three consultations and one is scheduled this Saturday on Woodridge Crescent and then the last stop on the tour is Monday in West Carleton.

While the OPS is collecting the information, they will not be present at any of the consultations.

“They thought that was pretty important to foster dialogue,” Richards said. “The OPS feels trust is very low. They want to know what they can do to improve that trust.”

If you are unable to attend, but would like to provide input, the OPS has a public opinion survey you can find here. 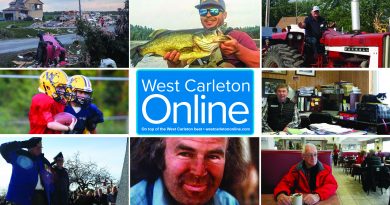