OTTAWA  ̶  City of Ottawa Council today approved two major developments that will create a mixture of residential and commercial buildings near light-rail stations in Ottawa.

Council approved Official Plan and zoning amendments for five high-rise buildings next to the Pimisi light-rail-transit station, east of Booth Street. This multi-phase project will include towers between 25 and 45 storeys. The development will include a variety of apartment sizes, affordable housing and a child-care facility, as well as a range of commercial uses, including restaurants and a grocery store. The fully built development will feature about 1,600 dwellings.

Council approved Official Plan and zoning amendments needed to develop 900 Albert Street with three high-rise towers on a three-storey podium. The buildings will be 65, 56 and 27 storeys.

This mixed-use development is located 50 metres south of Bayview Station, where the Confederation and Trillium light-rail lines meet. It will feature 1,241 residential units, along with 1,059 parking spaces in six levels of underground parking. The building plan includes a new sidewalk and cycling facility along the Albert Street frontage and a public plaza at City Centre Avenue.

The councillor for Somerset Ward will work with the applicant, planning staff and the community through the site plan control approval process to improve the public space around the buildings and its connections to neighbours. Council approved a motion encouraging the provision of 25 per cent of the residential units in the development as affordable housing.

Free parking will be available at the City Hall garage on weekday evenings after 6 pm, and all day on weekends, starting Monday, July 16, after Council gave its approval today. Offering free parking at City Hall, 110 Laurier Avenue West, will assist residents and businesses during the renewal of Elgin Street, which is seeing partial road closures and reduced parking continuing into next year. Free parking is expected to be in place until the end of 2019.

Council agreed to defer the city’s portion of development charges for a one-million-square-foot warehouse that will be occupied by Amazon at 5225 and 5371 Boundary Road. This will bring significant infrastructure to support business growth in the area. The charges are valued at $7.9 million and the developer, Broccolini Construction, will pay the City after the facility is completed, in about one year.

The warehouse operation will create about 600 permanent full-time jobs, resulting in significant rural economic development on lands that the City identified as an area of opportunity in the 2016 Ottawa Employment Lands Review. Construction will also create more than 1,500 jobs involving more than 30 trades.

The City will also waive interest charges in exchange for the developer bringing services to the site, in particular extending water service, which the city committed to in the Official Plan. Extending these services to the area would otherwise cost between $8.4 million and $9.1 million, including gas ($4.7 million to $5 million), hydro ($1.2 million to $1.5 million) and water ($1.5 million), as well as roadway modifications ($1 million to $1.2 million), all of which would support further development in the area.

The pedestrian and cycling bridge being built over the Rideau Canal between Clegg Street and Fifth Avenue will be known as Passerelle Flora Footbridge. Council approved the naming today in honour of Flora MacDonald, who was a pioneering female Canadian politician and the first female Canadian foreign minister. A humanitarian at home and abroad, and a bridge-builder between political parties and cultures, Ms. MacDonald lived for several decades next to the bridge site and was a frequent speed skater on the Rideau Canal. The bridge is expected to be complete by the end of summer 2019.

The city will get $856,000 in provincial funding for main-street enhancements after council approved a by-law authorizing the City to receive the funds. The money will come from the Government of Ontario’s $26-million Main Street Revitalization Initiative. The initiative funds public-realm enhancements in main-street areas that improve energy efficiency, accessibility, aesthetics and the marketability of small businesses. The 10 projects earmarked across seven wards in Ottawa include public information displays, tourist kiosks, commemorative plaques and decorative elements.

Council approved a two-storey height increase to permit a seven-storey residential building on the east side of Bank Street, between Fourth and Fifth avenues. The existing site features two-storey commercial units fronting onto Bank Street that were developed in the late 1800s, as well as a 1980s-era rear addition. The new residential building will replace that later addition, but will retain the storefronts along Bank Street, recognizing their heritage value.

Official Plan and zoning amendments were approved at Council today for the Ottawa Public Library and Library and Archives Canada joint facility. The amendments affect the lands on and around the Council-selected site at 557 Wellington Street.

Council approved a zoning amendment to allow the former Rideau High School at 815 St. Laurent Boulevard to be used as a community hub. Through the City’s Building Better Revitalized Neighbourhoods initiative, the community selected the site as part of the Vanier South-Overbrook Neighbourhood Revitalization Strategy. The 2018 Action Plan for that strategy calls for repurposing the existing building for community gatherings and as a space that could offer resident services and programs, social supports, cultural services, daycare, medical facilities and educational programs.

Council approved changes to the Riverside South Community Design Plan to allow a new community centre and library to proceed. The changes move two parks and remove a planned park-and-ride facility that is no longer required. New corridors have been approved for the Leitrim Road realignment and the light-rail transit corridor in Riverside South. A broader update to the plan will be completed in 2019, to account for these transportation infrastructure changes.

Council approved reducing the speed limit from 50 kilometres per hour to 30 kilometres per hour, and removing the existing 40-kilometre-per-hour school speed zone on Holland Avenue, between Kenilworth and Tyndall streets. The Harmer Bridge replacement  recently started construction, and work is expected to end in summer 2020. The speed reduction is to improve safety for pedestrians and cyclists who will be using a detour route on Holland Avenue during construction.

A by-law requiring City Council oversight, should there be an application for additional gaming tables at the Hard Rock Casino, was approved today. Any such application would need to be considered by both the Agriculture and Rural Affairs committee and council. In May, Council directed staff to initiate the by-law, to prevent increases made through an application for a minor variance through the Committee of Adjustment. 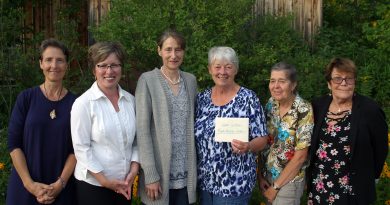 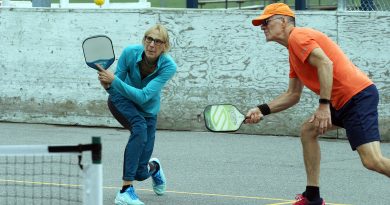 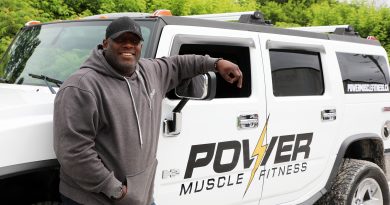