The West Carleton Rivermen are hosting the Gananoque Islanders Saturday evening at 7:45 p.m. at the Nick Smith Centre and the winner goes to the EOSHL Championship Series.

A sporting event of this magnitude deserves the best, and Rivermen team owner, Galetta’s Adrian Moyes, has brought in the best to sing Canada’s national anthem.

Slewidge, 68, is best known as the Ottawa Senator’s anthem singer from 1994 to 2016, which includes singing the anthems during the Senators’ Stanley Cup run in 2007. Slewidge began singing publicly at a young age, winning at the Kiwanis Music Festival in his hometown of Sault Ste. Marie at the age of nine.

Slewidge got his start as an anthem singer with the Ontario Hockey League’s Sault Ste. Marie Greyhounds. As an OPP officer, Slewidge last served in Smith Falls at the OPP’s East Region headquarters.

“Lyndon is a customer of mine and also a friend and was gracious enough to donate his time to help us bring some more bodies through the door,” Moyes told West Carleton Online today (March 22) about how he was able to snag the booming anthem singer.

Puck drop is at 7:45 p.m. inside the Bert Hall Arena. Tickets are $10 adults, $8 for seniors and youth, anyone 18-and-under accompanied by a paying adult gets in free.

Following a league front office meeting, the EOSHL has announced this year’s winners of its 2021-2022 regular season awards.

“The EOSHL owners and general managers voted Sunday (March 20) on the 2021-2022 regular season awards,” the league released in a statement yesterday (March 21). “Congrats to all winners.” 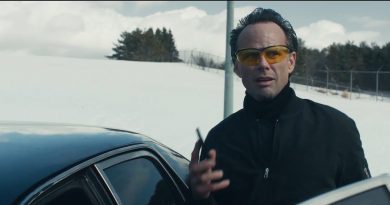 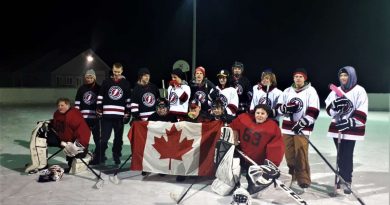