“This annual report highlights the excellent work our members do every day to prevent and solve crime, and respond to calls for service from the city’s residents,” said Chief Charles Bordeleau. “The report goes beyond the data to describe how they make a difference in the lives of our residents. Ottawa is a growing city and we continue to work to meet its complex and growing policing demands.”

The 2017 Annual Report offers residents information about Criminal Code of Canada (CCC) offences for the City of Ottawa and 23 City Wards. The information provides residents and visitors with a better understanding of crime, road safety, and calls for service in Ottawa.

Here are some highlights from the report:
With approximately 34,500 reported CCC offences (excluding traffic) in the City of Ottawa, the level of reported crime increased by 4 percent last year.
The clearance rate for total CCC offences (excluding traffic) improved slightly in 2017 with 37 percent of all cases cleared by charge or cleared otherwise.
Ottawa’s Crime Severity Index (CSI) rose by 1 percent last year to 49 – the Violent CSI increased by 5 percent to 58; while the Non-Violent CSI decreased by 1 percent to 45.
The volume of reported non-violent crime in Ottawa remains unchanged from the previous year.  Theft under $5,000 decreased by 2 percent in 2017; fraud (mostly due to a rise in credit card related incidents) increased by 16 per cent; while mischief and break and enters each decreased by about 7 percent.

The rate of violent crime per 100,000 residents in Ottawa grew by 20 percent in 2017. This was driven by a rise in uttering threats, harassing communications, assaults and sexual violations due to internal process changes, greater public awareness and improved access to reporting online.
While 2017 saw a decrease in homicides from 2016, the number of shootings and shots fired with no injuries increased. The OPS invested in our Guns and Gangs Unit by adding personnel and focusing on an organization wide effort to respond to that activity.
The Service is seeking to add more officers to address this problem and we are very aware that this type of violence has a direct impact on residents’ perceptions of safety in the city. Enforcement and suppression is part of the answer to addressing street level violence but we recognize that partnerships in the community, as outlined in the Street Violence and Gang Strategy, are vital to longer term solutions.

Further analysis of the increase in reported crime:
In 2017 the OPS saw an increase in reported crime including violent crime. The analysis indicates this is partially due to changes in our reporting and coding processes. We have encouraged and increased reporting of crime through our new online reporting system.
New processes have been put in place in how the OPS codes high-frequency but low-risk calls where there is no suspect, no evidence, no immediate danger, or no witnesses to be immediately interviewed at the scene. These calls can include assaults, threats, suspicious incidents, and disturbances which contributed to the violent crime increase.

Police Reporting Unit agents now capture information for these call types that is subsequently followed up on by our investigative units. Based on the information provided when the call is received, incidents are generally now reported as a criminal offence.

Further analysis is being done on how the service responds to these call types.
The report also discusses important projects and initiatives for the future of policing in Ottawa including the Service Initiative, new officer recruitment, online background checks, online reporting and community outreach activities. 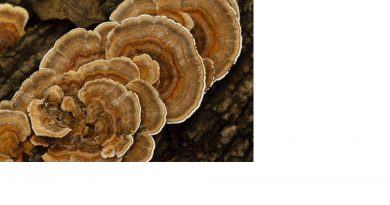 Willow: Foraging in the Snow