WEST CARLETON – The Ottawa Catholic School Board is expected to decide around noon today (Oct. 3) if it will close its schools if education workers go on strike Monday.

Yesterday (Oct. 2) the Canadian Union of Public Employees (CUPE), which represents 55,000 education works across the province including education assistants, custodians, librarians and secretaries, announced its workers were preparing to strike Monday (Oct. 7). Job action, which began this week, has already affected Catholic schools in Fitzroy Harbour and Corkery.

Catholic board spokeswoman Sharlene Hunter said the board hurried to make plans as soon as it heard CUPE’s announcement.

“At this point there isn’t any plan to close schools, but that could change,” she said.

The board has 2,300 CUPE members. Catholic board custodians are not members of CUPE.

The Ottawa School Transportation Authority will make its own decision whether to bus students if there’s a strike.

The union says it is willing to return to the bargaining table to avoid a full strike.

“Let’s move forward and get back to the table to resolve this regrettable situation and unnecessary disruption for our students,” Ontario’s education minister Stephen Lecce said. “Deadline bargaining is part of the process. This is not unique.”

Lecce said he expects students to remain in classrooms even if a strike occurs. 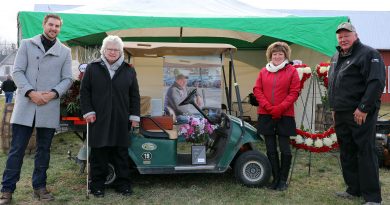