DUNROBIN – A love of rural living brought Judi Varga-Toth to West Carleton, a desire to make sure rural Ottawa residents receive fair treatment is pushing her in to politics.

Dunrobin’s Judi Varga-Toth filed her nomination papers on June 6, becoming the first candidate to officially file in Ward 5. Varga-Toth is a former business owner in the food industry and current Executive Director of Canada Bikes. She participates in many community groups and is the co-founder of the Deep Roots Food Hub.

Varga-Toth sat down with West Carleton Online at the Heart and Soul Café in Dunrobin on June 11 to explain why she is running for council.

The mother of five moved to Dunrobin six years ago with her husband Jeff Cosman who teaches at Stonecrest Elementary School and their five children Chantel, Emi, Polly, Nick and Petra.

“We wanted to get back to a real connection with the land, a slower pace of life,” she told West Carleton Online. “We wanted to raise animals. We had lots of good reasons.”

Varga-Toth said the first thing she did when she moved to Dunrobin was join the Fitzroy Harbour Township Historical Society. In 2013 she co-founded the Deep Roots Food Hub and was part of the team that was successful in receiving a $125,000 grant which helped launch the Ottawa Good Food Box project. Varga-Toth also sits on the Stonecrest Parent Council. It was a big decision to throw her hat in to the municipal politics ring.

“The reason is two-fold,” she said. “Moving out here, I saw how many fewer services we have out here. I hear that from a lot of people. If we are a part of the city, why don’t we have access to the same services?”

Varga-Toth feels there have been many “missed opportunities” for improved services in Ward 5.

Varga-Toth says her community faces transportation issues, a lack of recreation opportunities and an aging community.

“While I’ve been consulting the community, these are the issues that came up,” she said.

Varga-Toth relates the troubles with the Deep Roots Food Hub project to build a deep food cellar for use by the West Carleton community to a ‘missed opportunity.’ After the fundraising was completed, the organization was unable to locate the storage facility within Ward 5.

Varga-Toth feels the residents of West Carleton were sold a bill of goods at amalgamation in 2000.

“People were told there would be an annual rural summit,” she said. “There were two. I think these rural summits need to be revived. It is critical the city understand the challenges faced by its rural residents.”

Varga-Toth says its not about throwing tax money at the problem.

“When I say investment, I don’t necessarily mean money, but research and understanding,” she said.

As a former business owner in the food industry, Varga-Toth knows you can’t use tax money to solve every problem.

“I know what it’s like to run a small business,” she said. “It’s really important we support small business. I think a lot of the solutions are going to come by creative thinking, not by throwing money at the problem.”

Varga-Toth says, with a common sense approach, she looks forward to representing West Carleton at the Ottawa council table.

“What I find really exciting about serving West Carleton-March is how many assets we have out here.”

For more information on Judi Varga-Toth and her campaign for council, visit her website at judivargatoth.ca.

2 thoughts on “Varga-Toth files for council” 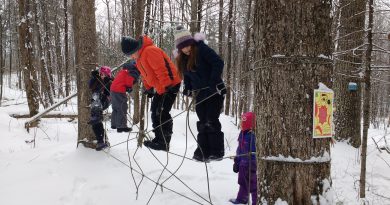 Winter time right time to be out in the woods 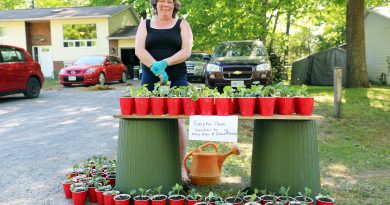 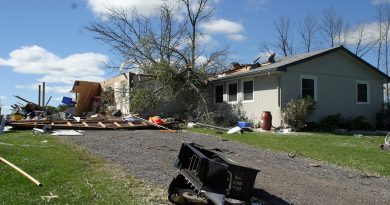