The win was big for the Rivermen, keeping them tied for second in the six-team EOSHL West Division with the Oil Kings. The Kings stay on top currently though, as they have played one less game then the Rivermen and therefore have a slightly better winning percentage.

The outcome of the game was important too, as the Rivermen have been challenged keeping the puck out of their own net this season, letting in the second most goals (90) in their division as well as having the second worst goal differential (-13).

Tweed is one of the success stories of the EOSHL boasting good attendance and more than 380 people came out to watch this battle between rivals who faced each other in the playoffs last season with the Oil Kings advancing to the EOSHL finals.

On Saturday, Rivermen goalie Erik Miksik was named first star after stopping 43 of 45 shots in the game.

“Erik Miksik, in my opinion is one of, if not the best, goalies in the league,” Rivermen coach Mike Byrne told West Carleton Online last October. “When he’s on his game, he’s very hard to beat.

Rivermen player Alex Hulford was named the second star with a goal and an assist. Team owner, Galetta’s Adrian Moyes and first year player Luca Nocita sored the other goals for the Rivermen. Moyes ended the game with two points.

Andrew Rhynold and Brandon Couto scored for the Oil Kings.

With five games left in the EOSHL regular season, the Rivermen have not locked up a playoff spot yet.

The Gananoque Islanders (10-4-0) lead the EOSHL West with 20 points. Three teams have 17 points including the Smith Falls Rideaus (8-6-1), currently holding the other three playoff spots. The Deseronto Bulldogs (7-9-0) aren’t far behind with 14 points and the Frontenac Phantoms (2-11-0) with seven games left in the season, aren’t officially eliminated yet.

The Rivermen return home to the Nick Smith Centre this Saturday for a game against the Phantoms starting at 7:30 p.m. The game is the last of two remaining home games for the Rivermen this regular season.

“Puck drop is 7:30 p.m. and we would love to have a full, live energetic crowd cheering us on,” the Rivermen released in a statement Monday (Jan. 9). “If we hit 250 paid fans we will auction off a 65-inch smart tv. So come show your support for your local senior hockey team as we try to finish atop the conference.”

“Come enjoy an ice cold Cold Bear Brew Co or Dunrobin Distilleries beverage while you watch the game for just $7.50,” the Rivermen said. “Advance tickets and drink specials thanks to FrontDoor+ available on our website. Come cheer loud and fire the boys up for a big two points.” 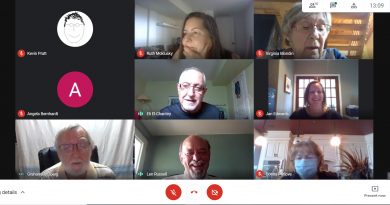 CBBCA AGM: ‘We got off to a really good start’ 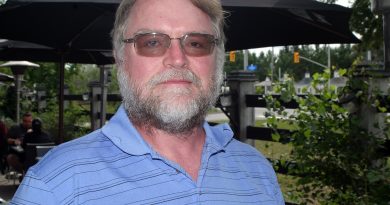