WEST CARLETON – The Ottawa River has finally peaked, but the high water is about to overstay its welcome.

According to the Ottawa River Regulation Planning Board (ORRPB) the river in the West Carleton area peaked yesterday (May 2).

“Along the Ottawa River below Lac Coulonge, levels are expected to remain stable or slowly decline over the next few days at all locations,” the ORRPB released in a statement today (May 3). “This initial peak levels is due to natural spring runoff from the west-central portion of the basin has now been reached on the Ottawa River. However, levels are expected to remain high over the next two weeks, as a minimum. Further flooding is possible in the event of significant rainfall events during this period of time.”

“Flows in the Mississippi River are also very high but are declining steadily,” the MVCA released in a statement today. “For residents that have sandbags in place, it is recommended they leave them in place for at least a week until levels return to normal.”

City officials are asking volunteers to take a break today, and even rest up this weekend. It is expected there will be plenty more volunteer opportunities as there will be a massive clean-up needed after the river recedes.

City manager Steve Kanellakos expects the state of emergency will remain in place for a while yet.

“I would think right now that it would be the end of May, into June for sure,” he said. “Our view is the state of emergency, for us is about having the ability to mobilize quickly and giving the mayor access to direct resources. We’re at a turning point in our emergency response.”

With the high water here for a while, Health Canada is warning residents about the risk of mould.

Federal biologist Francis Lavoie says it’s important to dry wet walls and belongings within 48 hours, but that’s not always possible in the case of flooding.

“You need to remove anything that has been too wet for too long that’s not dryable,” he said. “Cushions, carpet, drywall, mattresses, box springs, stuffed toys, insulation material — everything that has been exposed to water and cannot be dried — needs to be thrown away or discarded.”

Lavoie said plastic toys and some furniture can be cleaned up if it is just surface mould. Often, by the time people can get back into their homes, mould is already growing.

“Mould is the most common indoor air contaminant in Canada,” Lavoie said.

People in homes with mould are more likely to have eye, nose and throat irritations, coughing, wheezing and shortness of breath.

For those doing their own clean-up, Health Canada does not recommend using bleach. Instead it says dish soap or spray soaps work just as well to clean up mould, and don’t have the kind of strong vapours that can burn your eyes or irritate your throat.

Wear rubber boots, gloves, eye protection and a face mask when cleaning and disinfecting. Always wash hands with soap and clean water after clean-up activities even if wearing gloves.

Lavoie said homeowners should not drop their guard even long after the clean-up has been done.

“Keep an eye on the rooms where there was mould. If you see that it is coming back, that may mean it wasn’t cleaned up properly,” he said.

Residents should visit Ottawa.ca for more information about how to prepare for floods.

Communication is key during a flood emergency. In an emergency, the city will provide important information and updates to affected residents in a variety of ways.

4 thoughts on “River peaked, high water here for a while” 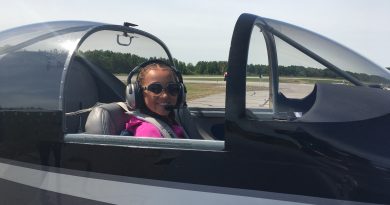 (UPDATED DATE) Kids take to the skies in Carp