Northern snowmelt and full reservoirs are being blamed as contributors to the second peak as well as significant rainfall.

“Significant rainfall of 25 to 45 millimetres over much of the watershed is expected to begin today,” the ORRPB released in a statement yesterday (May 9) evening. “Most reservoirs in the Abitibi-Timiskaming region are now filled and excess spring runoff from this region cannot be stored by reservoirs and will continue to flow to downstream locations.”

Water levels are expected to continue rising in Mattawa and Lac Deschenes over the next few days due to increased flow from the Abitibi-Timiskaming region combined with forecast precipitation.

“The peak levels could exceed maximum levels previously observed this spring and previous historical record levels from Friday through Monday depending on location” the ORRPB said. “Along the Ottawa River from Ottawa/Gatineau down to the Montreal region, levels are expected to increase without exceeding the initial peak observed last week, depending on the amount of precipitation received.”

Ottawa received about eight millimetres of rain overnight, and is expected to receive about another 15 millimetres through today.

In Pembroke, the Ottawa River is expected to swell to a new record, forecast to rise higher than the all-time record peak, set in 1960. The Ministry of Natural Resources and Forestry has extended its flood warning for Renfrew County into next week.

The City of Ottawa is reminding residents that Ottawa is still in a state of emergency.

“The city appreciates your patience while many communities continue to be affected by floodwater,” staff released in a statement today.

“You should not remove sandbags around your home as water levels continue to remain high,” staff said. “Keep checking ottawa.ca, the City of Ottawa’s social media pages, or contact 3-1-1 for the most updated information.”

Leave electrical work to the professionals.

“If your power has been disconnected, contact an Electrical Safety Authority (ESA) Inspector,” city staff said. “Each home will have to be assessed before being reconnected by Hydro One. Homes that have experienced more serious flooding will have to hire a licensed electrical contractor. Residents should hire only a licensed electrician and avoid door-to-door salespeople. Hydro One and the ESA are responsible for restoring power and have more information about how to reconnect your home including a list of licensed electrical contractors in your area.” 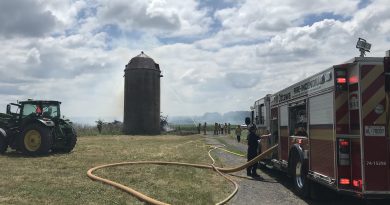