Ottawa Public Health (OPH) reached a grim milestone today (May 7), breaking the 25,000 confirmed COVID-19 cases mark since the start of the pandemic almost 14 long months ago.

The health unit is confirming another 110 new local cases of the novel coronavirus, with one new death due to the illness.

The local positivity rate is down slightly, to 6.6 per cent.

Queensway Carleton Hospital is the latest local healthcare institution to report at COVID-19 outbreak. It’s one of 20 in the city, according to OPH. Other outbreaks are being linked to nine childcare facilities and one school. The heath unit is also monitoring seven community outbreaks, mostly stemming from workplaces.

The City of Ottawa has administered 93 per cent of the 380,330 COVID-19 vaccines it’s received to date. OPH says 43 per cent of all residents over 18 have had at least one shot as of Friday.

Ontario is reporting 3,166 new cases of COVID-19 today, including 15 in the Eastern Ontario Health Unit’s region, one in the Leeds, Grenville and Lanark district and five in Renfrew County and district.

“(COVID-19 indicators of spread) started to plateau here and then we’re starting to go a bit down, which is good,” Dr. Paul Roumeliotis said in a recent media availability. “So, I’m hoping we get a downward trend going as clearly, we’re still above (the province’s ‘red-control’ zone thresholds) but we’re much lower than we were a couple of weeks ago, so that is headed in the right direction.”

To help the situation further, the doctor says 31 more vaccine clinics are being added in the EOHU’s region over the course of May.

Roumeliotis says one of the most important parts of the mission to vaccinate as many people in eastern Ontario as possible, will be getting the area’s standby list established.

“What’s happening is, very often our nurses are able to draw more from certain containers and have a bit of extra doses, and we have individuals who don’t come to their appointments and there’s doses left at the end,” Roumeliotis said. “We don’t want to throw them out obviously.”

Roumeliotis remains optimistic about the effects the vaccine effort and stay-at-home order will have by the end of May.

ONTARIO – A report from Public Health Ontario (PHO) is offering insight in to COVID-19 infections after vaccination.

PHO found 0.06 per cent of the nearly 3.5 million Ontarians who received at least one dose of a COVID-19 shot by April 17 were infected while partially or fully vaccinated.

Of those, two-thirds were not yet protected by the vaccination when they contracted the virus, since their symptoms emerged less than two weeks after inoculation.

The report said post-vaccination cases declined “dramatically” as more time passed, with a “marked” decrease 28 days after a first dose was administered.

PHO said just under four per cent of the post-vaccination cases were infected seven or more days after receiving a second dose.

In the document, the health agency notes protection from COVID-19 doesn’t occur immediately after immunization. Rather, it develops over time, and is estimated to reach up to 80 per cent three to four weeks after a first dose, and surpass 85 per cent following a second dose.

This is in line with what Dr. Dirk Huyer said yesterday (May 6) when he was asked about a recent study out of Qatar that showed while the Pfizer-BioNTech vaccine provides strong protection against multiple variants of concern (VOC), only one dose offers much less defense against these mutations.

Dr. Barbara Yaffe said she would be surprised if the economy fully re-opens in two weeks when the province’s current stay-at-home order is to lift on May 20.

“Whatever is planned, hopefully, will be done very gradually and slowly,” she said. “We don’t want a wave four.”

The province expanded vaccine eligibility for several groups yesterday including residents aged 50 and older; those with high-risk health conditions; and a number of employees who cannot work from home.

ARNPRIOR – The Renfrew County and District Health Unit (RCDHU) is confirming a COVID-19 outbreak at
Mobility Lab in Arnprior.

The facility, on Johnston Road near the Arnprior Airport, is internationally known for its parachute gear. Mobility Lab is also close to Arnprior Aerospace which is currently battling its own outbreak following the RCDHU confirming the outbreak May 2. There is no evidence the outbreaks are linked.

To date, seven individuals association with Mobility Lab have received positive lab-confirmed cases of COVID-19, and there could be more.

Management closed Mobility Lab May 1 as a voluntary precaution.

The RCDHU is working closely with Mobility Lab and all high-risk contacts have been notified of their presumed exposure.

These contacts must self-isolate a mandatory 14 days and conform with directions for testing.

Even if a test comes back negative in the two-week period you must continue self-isolate for the duration of the isolation period.

The RDCDHU is also reporting another nine COVID-19 infections yesterday (May 6).

With 618 confirmed cases, 564 considered resolved and six deaths, that leaves 48 active cases in the region. 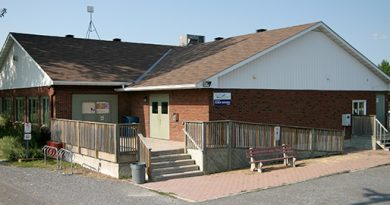 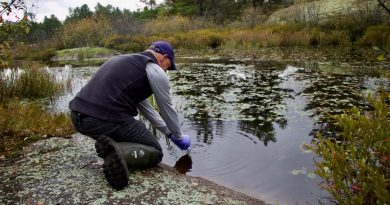