WEST CARLETON – While the Ontario Provincial Police have just started their investigation, the Ottawa Citizen reports it has found “no truth” to the allegations made against Coun. Eli El-Chantiry on recently released audio tapes.

Earlier in the month several audio recordings were released on YouTube containing a voice alleged to be Ottawa Police member and union leader Matt Skoff and a civilian. Skoff denies that is his voice on the recording. The civilian is unidentified.

The conversation included, among other things, unsubstantiated claims about El-Chantiry.

“The fact that this false information is being released and distributed has prompted me to launch a chief’s complaint,” the chief said in a prepared statement immediately following Monday’s police services board meeting. “That investigation will be focused directly on the origins of the recordings and the individuals involved. To ensure transparency and impartiality, I am requesting that an outside police service conduct this investigation and I won’t be making any further comments.”

Bordeleau added there is no investigation involving Coun. El-Chantiry.

Yesterday, The Citizen informed El-Chantiry their further reporting found no truth to the allegations made against El-Chantiry contained within the recordings made public.

The Citizen also stated it had further evidence the voice on the recordings do indeed belong to Skof.

El-Chantiry’s lawyer Ronald Caza wrote in a letter to various media outlets his client will remain mum on this issue. 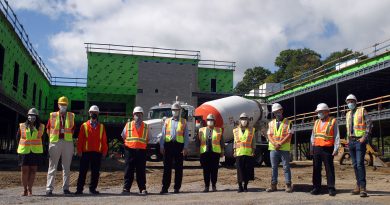