KINBURN – Well known West Carleton resident Brian Foley is organizing a fundraiser no grandfather should ever have to.

It’s in his granddaughter’s memory.

Mélia Payne passed away at the age of two after a lifelong battle with cancer. Five days before her first birthday, on Aug. 17, 2016 Mélia was diagnosed with mixed lineage leukemia (MLL). Although leukemia is one of the most common childhood cancers, the type Mélia had is extremely rare. She was diagnosed with MLL which means the leukemia can change between ALL (acute lymphoblastic leukemia) and AML (acute myeloid leukemia). This makes it very hard to treat and very easy for the leukemia to escape treatments.

It’s obviously a difficult topic to talk about.

But Foley wants to do more than just talk about it. Foley, who grew up in Dunrobin, moved to Kinburn and now calls Fitzroy Harbour his home, wants to do something about it.

The event is a fundraiser for Mélia’s Memory Foundation – a foundation started by parents Tiffany and Kevin Payne to raise money for research of the rare disease.

The foundation is just a couple thousand dollars short of reaching its $15,000 target and “we’re going to make sure we hit that $15,000,” Foley said.

Anything on top of that will go to support the parents of children battling the horrible disease.

“I don’t even have a word for what they’re going through,” says Foley who went through it himself. “Single moms and dads who have to quit their jobs. It’s incredibly stressful.”

He says the idea, like all good West Carleton ideas, was conceived in a kitchen.

There will be music provided by Ottawa Valley Hall of Famer Jamie McMunn; a raffle filled with local donations and a 50-50 draw; Lyle Miller will have his Big Red Barbecue and there will be roast beef on a bun (a portion of those sales will also go to the foundation); and of course a donation box.

Foley says come for the music but stay for the fun.

“That alone will be a big draw,” Foley said. “Jamie has been a friend of mine since high school. ‘No’ just doesn’t seem to be in his vocabulary any time I ask him to help out.”

Tickets are $10 and Valley Heritage Radio’s Andrew Cartwright will emcee the event. For more information visit the hootenanny’s Facebook page. 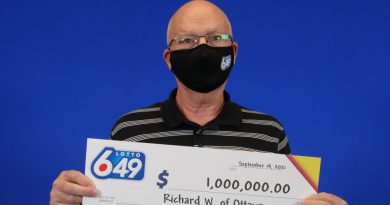