West Carleton Online visited the Ward 5 councillor this morning (April 1) to take a look at the West Carleton pop-up COVID-19 vaccination clinic that began its quest to vaccinate 450 residents over the next three days. His constituency office is located right next door to Roly Armitage Hall where the inoculations are taking place.

While an official announcement had not been made at the time of the interview (11:30 a.m.), it was a poorly guarded secret the province was expected to release stricter restrictions later that day (April 1).

“This one is really confusing and unfair,” El-Chantiry told West Carleton Online. “We all understand the rules and respect them.”

At roughly 1:30 p.m. today (April 1), Ford announced during a press conference he was pulling a provincewide “emergency brake” to help curb the spread of more deadly variants of COVID-19 now making the rounds in the province.

The new four-week restrictions, which take effect Saturday (April 3) at 12:01 a.m., are very similar to the province’s current “grey” or “lockdown” level already in place in health districts covering Toronto and area. Yesterday (March 31), Ottawa’s own chief medical officer of health recommended Ottawa be moved back in to the grey level. The government also says schools will stay open, with the April 12 break week is expected to proceed as planned.

The only major change in the restrictions on businesses in the lockdown areas, which already allow non-essential stores to open with 25 per cent capacity limits, appears to be the reversal of a recent move to allow restaurants and bars to open patios. They will now have to revert to takeout and delivery. Essential retail remains open, such as grocery stores and pharmacies, with a 50-per-cent limit.

Across the province, indoor gatherings will be largely limited to only members of the same household, and outdoor gatherings have a limit of five people. Ontarians also asked to “limit trips outside the home to necessities” such as those for food and medicine or exercise. The government also says employers should “make every effort to allow employees to work from home.”

Hair salons, which had been due to open in April in the grey zone, will now remain shut, as will gyms and sports facilities (except for certain elite athletes). Weddings, funerals and religious services are allowed indoors, but at 15 per cent capacity.

In new modelling presented Thursday, the science table says the new more contagious and more deadly variants now spreading could drive new cases toward the 6,000-a-day mark by the end of April –causing the number of COVID-19 intensive care patients to soar past 800, close to double the already record number now in the province’s strained hospitals.

As of today, the province had 430 COVID-19 patients in its intensive care units, well above the peak of 420 in the second wave – and a figure that was rising rapidly and already exceeds thresholds forcing hospitals to take extraordinary measures, such as flying patients out of Toronto to as far away as Kingston. Even with added beds, hundreds of thousands of surgeries have already been cancelled. Doctors have warned hospitals could start turning away patients who need ICU beds if capacity runs out.

The new modelling also shows those who catch the variants, which now make up the majority of cases, are twice as likely to be admitted to intensive care units, and 1.5 times as likely to die.

El-Chantiry agrees things are dire, pointing out the latest COVID-19 related death in Ottawa last Thursday was a resident less than 40-years-old, but the communication from the province needs to be clearer, and earlier, for the sake of the small businesses trying to navigate the pandemic and somehow make it through to the other side.

“The premier from the beginning of the week said he would meet with cabinet,” El-Chantiry said. “He said don’t make plans for Easter. What’s a plan? We haven’t made a plan in a year. They did this last October and they’re doing it again.”

That is not giving small businesses, especially restaurants, advanced notice a lockdown was coming. Much like last Thanksgiving, adding further restrictions to the restaurant industry at the last-minute means many of these small businesses may have made large food orders to prepare for the Easter weekend that now may go to waste, along with the cash investment in those orders.

“I’ve been in the office from 8 a.m. until now (11:45 a.m.),” El-Chantiry said. “I’ve had four phone calls on this. One restaurant owner was in tears. Not everybody has a patio (which will be closed anyway), not everyone can do takeout. It’s Thursday at noon and we still haven’t heard a decision yet. There are 6,400 small businesses in Ottawa employing more than 35,000 people. All of these people are in limbo.” 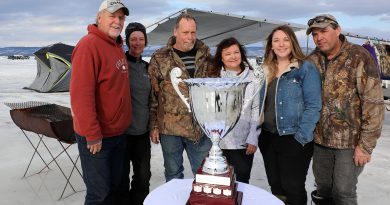 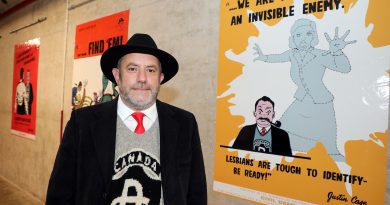