DUNROBIN – Yesterday’s (July 25) final soccer game of the season barely made it to the half before being called. But it wasn’t record-breaking rainfall that brought an early end to the soccer season – it was the smell of the barbecue.

“Once we fired it up and put the burgers on, the players got a bit distracted,” association president and barbecue chef Greg Patacaik said.

It was another successful end to another successful season for the special needs soccer program run by the Dunrobin Community Association (DCA). It was easy to tell, you just had to witness the enthusiasm and excitement of the players.

This is the seventh year the DCA has run the soccer program. The DCA also runs special need programs for ice hockey/skating, ball hockey, tennis/basketball and life skills: cooking. They are all not-for-profit programs run completely by volunteers to help keep costs down. Their program is so unique, some participants come as far as Orleans to participate.

In total, the program hosts about 130 participants each year.

“They come from all over the city,” program director Tracy Taffinder told West Carleton Online. “We started it primarily for West Carleton, but they started coming from all over. Often, when you add the term special needs to a program, costs double. It has a lot to do with the supervisor/participant ratio being so high.”

Most of the DCA’s programs cost around $45 to participate for the season. Taffinder says there is a real lack of opportunities for special needs individuals.

“Absolutely there is,” she said. “There is not a lot out there. It is expensive due to the ratio, but it’s worth it. If you ask any one of our participants, it’s worth it. They get a huge social aspect out of it and the parents do as well.”

The soccer program started as a pilot project in 2011, and the entire special needs program has blossomed from there.

“It’s wonderful,” said Taffinder who is also a parent to a participant. “It’s a double-edged sword. It’s wonderful that we can give these kids this opportunity. It’s sad that there is not more we can do.”

Taffinder says the DCA never turns down a child and continues to grow its programs.

“We can absolutely expand,” she said. “For things like hockey and soccer there’s no limit. We would never leave a kid behind.”

Thanks to community centre renovations that include a re-surfaced outdoor ice pad and new boards, the program will be offering tennis and basketball for the first time. Its cooking class is very popular and fills up every fall.

She says the team of volunteers and local donations allow the DCA to keep participant costs extremely low.

“We’ve had incredible support from our local businesses,” she said.

Dunrobin Home Hardware donated tools and supplies so the DCA could host a one-off wood-working workshop, where participants made picnic tables (now available for use at the community centre) and birdhouses.

Mementos Signs and Awards on Carp Road provides medals for the athletes and Brown’s Martial Arts in Kanata is a proud supporter as well.

Taffinder is extremely proud of the DCA’s life skills cooking program heading in to its fifth year this fall.

“You see the participants change over the years,” she said. “We’re preparing them for 21. At 21 they are done school.” 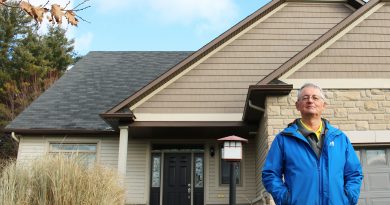 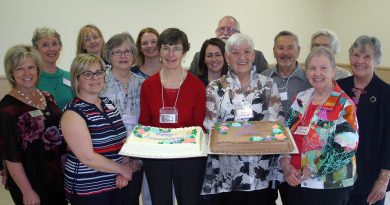