The driver of the dark grey hatchback died following the collision at the intersection of March Valley and Klondike roads at about 4:10 p.m.

Firefighters, police and paramedics responded to the scene shortly after the collision. About 30 children were in the school bus at the time. and One student suffered a very minor injury, paramedics said.

The driver of the vehicle, meanwhile, had no vital signs when first responders arrived and was later pronounced dead. 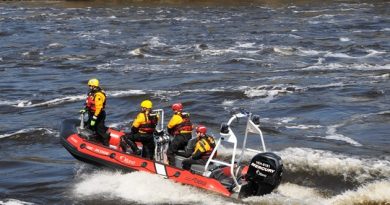