OTTAWA – Ottawa council made the unprecedented decision to temporarily enforce the rule of wearing masks in the city today (July 15).

“To help limit the spread of COVID-19 and prepare for stage three of the provincial reopening plan, city council approved a temporary by-law to make masks mandatory in indoor public spaces,” city staff released in a statement today. “This includes restaurants, stores, places of worship, sports facilities, community venues, hotel lobbies and the public areas of City and health facilities. Masks continue to be required on transit and transit property. Residents are encouraged to continue practicing physical distancing, wash their hands frequently and stay home when sick.”

Masks are not required for young children, people with medical conditions and disabilities that prevent them from safely wearing a mask, and people who can’t put on or remove their mask without assistance. More information is available on ottawapublichealth.ca/masks.

Operators of these spaces are required to inform patrons of the new mask requirement verbally and with proper signs at all public entrances and in common areas of indoor spaces. If a patron refuses to wear a mask and is not exempted, the operator can contact the city for assistance. Bylaw officers will primarily focus on educating residents about masks. If further action is required, there may be charges with fines.

The by-law will be in place until council’s next meeting on Wednesday, Aug. 26, when it could be extended if warranted.

To address systemic racism, the city created an Anti-Racism Secretariat in its budget for 2020. Council received an update on the hiring of an anti-racism specialist, Yusra Osman, who will work with Coun. Rawlson King, council liaison for Anti-Racism and Ethnocultural Relations Initiatives, to engage with community representatives using best practices. This will inform the secretariat’s work, including the development of the city’s Anti-Racism Strategy.

The city, with the United Way’s United for All coalition, will host a public online Anti-Racism Listening Forum on Tuesday, July 28 from 1 p.m. to 3 p.m. Register to attend on Engage Ottawa or by emailing antiracism@ottawa.ca.

Council approved filling the vacant council seat in Cumberland Ward through a by-election this fall. Candidates can now submit nomination forms at the Elections Office by appointment only, until Friday, Aug. 21 at 2 p.m. Voting will take place on Monday, Oct. 5, with two advance voting days the week before. There will be changes to the election process to incorporate public-health measures and residents will be able to vote by mail. The by-election is expected to cost $523,835.

To ensure effective representation of Ottawa’s growing population, the city hired an independent consultant to review ward boundaries. Council received an update on five options developed by the consultant:

Council requested the consultant develop a sixth option that addresses population growth in Barrhaven, Cumberland and Gloucester South-Nepean Wards, minimizes significant changes to existing boundaries, puts neighbouring and similar communities of interest in the same ward and maintains the current number of wards.

Councillors, residents and stakeholders will be able to provide their feedback on the six options beginning in late August. The consultant will recommend an option to the Finance and Economic Development Committee in December.

Council approved an updated 10-year plan to address housing and homelessness. The city, in partnership with other levels of government and community organizations, aims to create up to 8,500 new affordable-housing units and subsidies, and eliminate unsheltered, veteran and chronic homelessness by 2030. Achieving those targets will require an additional $415 million in federal funding and $395 million in provincial funding over 10 years.

The city committed $15 million in capital funding for new affordable housing in its 2020 budget. Council approved a spending plan to help housing providers deliver more than 550 new affordable units, with a focus on affordable housing for low- and moderate-income renters and supportive housing. $10 million will go to Ottawa Community Housing Corporation, $2 million will fund activities to prepare surplus city-owned lands already identified for affordable housing and $3 million will be set aside to acquire or finance hotels and motels that might become available due to current economic conditions. An additional $2.58 million in provincial funding will go to supportive housing for people with developmental disabilities and to Habitat for Humanity National Capital Region to pilot an affordable rent-to-own housing project.

The city hired a consultant specializing in human resources to review the hiring and recruitment process for councillors’ assistants. While the consultant found no systemic issues, Council approved several recommendations to provide councillors with enhanced, consistent, regularly reviewed and updated processes and supports, and to advise all Councillors’ assistants of their rights.

Council directed staff to apply for funding from the Federation of Canadian Municipalities for a proposed Better Homes Loan Program, which would offer Ottawa homeowners financing for home energy improvements to help reduce greenhouse gas emissions. If the city receives funding for the program, staff will report to the Finance and Economic Development committee with the program design before launching applications in the first half of 2021.

Council received a report from the integrity commissioner about an inquiry into College Ward Coun. Rick Chiarelli’s conduct.

To encourage economic recovery from the COVID-19 pandemic, council approved a temporary zoning amendment that relaxes regulations for restaurant and retail patios to accommodate physical distancing until the end of October.

Council approved a motion outlining measures to improve safety for children returning to school in the fall. The city will repaint street lines in school zones this summer and bylaw officers will step up surveillance near schools in late August and September. The city will launch a campaign to encourage using active transportation to get to school and will study whether more school crossing guards are needed.

Council also asked staff to prepare a temporary zoning amendment to make it easier for schools to add temporary classroom space on existing school sites or other leased spaces, to help with physical distancing when they reopen to students. The city’s Planning committee will consider the amendment later this summer before it rises to council. 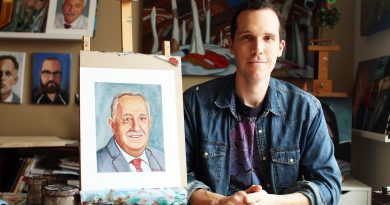 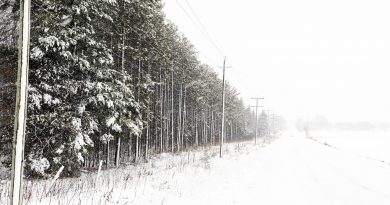