CONSTANCE BAY – it has been an impossible challenge for the Constance Bay Community Market (CBCM) to hit its opening date targets the last few springs.

Last May, the CBCM board had to delay their opening due to extreme flooding – not that they had anywhere to host a community market if they chose not to delay.

This year the coronavirus pandemic has delayed the CBCM opening for the month of May.

“This is certainly not the start of the market season that we had envisioned,” the CBCM released in a statement yesterday (May 3). “We were very much looking forward to kicking off our 2020 market season in May. Instead, to support the current guidelines on physical distancing, we are delaying our opening day until we receive the green light from the province and city.”

The CBCM is expecting to have a season this year at some point, which will be its fifth as a Constance Bay market.

“We remain optimistic that this time of physical distancing will pass in the near future so we are continuing to proceed with market planning to enable a quick start when it is safe for our markets to resume,” the board said.

The CBCM decided to launch something new this spring just in time for Mother’s Day. The board is selling something they are calling CBCM Cheer Boxes.

“We wanted to find a way to foster that sense of community and support to our shoppers and vendors, even though we can’t be together,” the board said.

“And because we know how many of you love having a cup of Barking Barista coffee while you shop, we’re including a bag of their fresh roasted coffee in the cheer box so you can still sip your coffee while you ‘shop’ through the rest of the items in the box,” the board said.

The cheer boxes were valued at more than $100 but thanks to a $3,300 grant from the City of Ottawa’s Agriculture and Rural Affairs committee the CBCM was able to sell them at $50 each.

The CBCM Cheer Boxes were so popular, the board sold out of the 30 it initially made available already by Sunday evening (May 3).

“Wowza, what an amazing response,” the board said Sunday evening. “We will do our best to bring you more cheer as soon as possible.”

The CBCM board members will provide contactless delivery of cheer boxes on Saturday, May 9, just in time for Mother’s Day.

Several of the CBCM vendors provide contactless pick-up or delivery during the pandemic. To view the Constance Bay Community Market’s list of vendors and their websites, click here.

One thought on “CBCM season delayed, Cheer Boxes a hit” 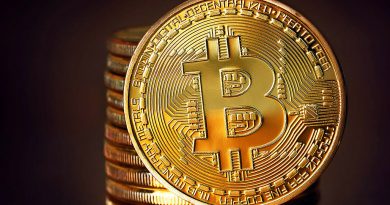