WOODLAWN – In the basement of the St. Thomas Anglican Church a meeting of community leaders was taking place reminiscent of days gone past, but also, of plans for the future.

The meeting was made up of various executive members from many of the community associations active in West Carleton. The meeting was led by City of Ottawa Recreation and Community Development Officer Raynor Boutet, who is hoping to bring back these association meetings that used to happen around six years ago.

“These meetings used to happen with the presidents of the seven West Carleton community associations who run and operate city facilities in their areas.” Boutet told West Carleton Online following the July 17 meeting. “The meetings ended as no one was showing up.”

Boutet understands these volunteer board members are already spread thin with all the tasks they undertake but feels there is a lot of value with community association representatives getting together, sharing ideas and working through shared issues as one voice.

Five of the seven associations were represented at the meeting including Huntley, Constance and Buckham’s Bay, Corkery, Kinburn and Dunrobin. Fitzroy Harbour and Galetta representatives were not in attendance.

Boutet and the attendees discussed the idea for this meeting but also discussed association issues as well.

Communications was a topic that arose a few times as well as funding and grant access. Project ideas and events also made the church room chat.

“I think we covered a lot,” Boutet said at the close of the meeting. “I think this was a success. I don’t want to add anything to your pile, but I think this could be a productive thing.”

Boutet, who has managed this file the last two and a half years for a large portion of west Ottawa, says both rural and urban recreation associations are facing the same challenges.

“Our Number One biggest issue is volunteerism,” she said. “That’s across the board. Volunteerism is going down.”

And it’s often left to the president to pick up the slack.

“Everything gets put on the president’s shoulders,” said two-year Corkery president Katherine Woodward who is also a teacher.

“The plan moving forward is to have a few of these meetings a year depending on what needs arise,” Boutet said. “The next meeting will most likely be after the elections and we will discuss grant applications.”

All the information discussed at the Tuesday meeting was documented and will be summarized and shared with the community associations.

“I hope we will grow and this will lead to more inclusiveness within West Carleton,” Boutet said. “The meetings will be tailored to address what the community association needs are and hope that by sharing and coming together we can work together.” 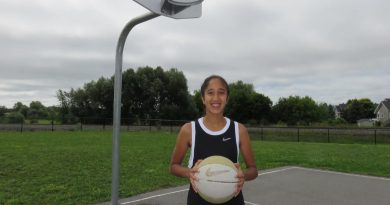 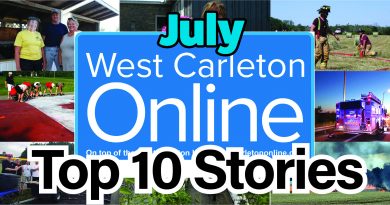