WEST CARLETON – City of Ottawa officials gathered at City Hall this morning (Sept. 22) to update residents on the fallout of the devastating tornado that ripped through West Carleton yesterday.

Today is sunny and calm, the polar opposite of the weather West Carleton residents, specifically Dunrobin and Kinburn residents, faced as a tornado touched down near Kinburn and cut a 40-kilometre swath on its way across the Ottawa River and on to Gatineau.

Miraculously no one was killed in the path of destruction that destroyed and heavily damaged around 60 buildings (link to original West Carleton Online story) – residences and businesses – in the Dunrobin and Kinburn area.

Mayor Watson was pleased with the public’s response to the disaster.

“There are no reports of anyone missing or looting,” he said. “We know Ottawa is resilient. We saw that through the 2017 Spring Flood and the 1998 Ice Storm.”

Speaking of the ice storm, Conrad said the damage to infrastructure is worse than the 1998 Ice Storm.

He added “it could be days” before power is restored to all residents. Conrad said a main transformer station on Merivale Road was heavily damaged and still surrounded by debris and there are around 86 to 90 hydro poles down around the city.

“It will take multiple days to restore the Hydro One transformer station,” Conrad said.

Conrad said he is expecting a more accurate timeline on repairs later in the day.

Ottawa Police Chief Charles Bordeleau was pleased residents did not exacerbate the situation throughout the night.

“It was inspiring to see how the city has come together,” he said. “We have no reports of civil disobedience you would associate with a black out. Affected areas (Dunrobin) are still secured and no admittance is allowed.”

Di Monte spoke of the response to the disaster by first responders.

“This has been an operation with a lot of moving parts,” he said. “The three chiefs of the paramedics, police and fire departments worked in collaboration seamlessly. We have moved from an operational response to a recovery-assessment response and that will continue over the next few days. Over the weekend we will continue to open other assistance areas.”

Currently West Carleton Secondary School on Dunrobin Road has been converted to a Red Cross emergency relief centre and will continue in that function throughout the weekend.

Di Monte asked residents to use 911 for emergencies only and to use 311 for all other tornado-related issues and inquiries.

Mayor Watson added a number of fires were reported due to candle use and recommended residents, if possible, stock up on batteries and use battery-powered lighting sources.

The mayor is asking all volunteers and those who wish to help to hold tight for now as the affected area in Dunrobin has still not been secured. Officials said their team has the situation in hand at this time and will provide information when volunteers can come and do their work.

In the meantime, a Facebook page called Dunrobin Tornado and Disaster Relief has been created and could provide a good meeting spot to share information and ideas. 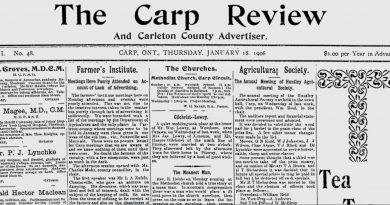 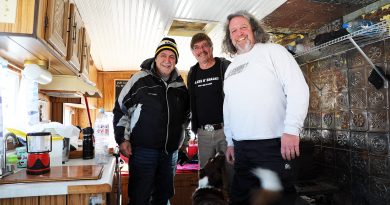 El-Chantiry: protest ‘has lost the room’