LANARK COUNTY – Between Monday, June 22 and Monday, June 29, officers from the Lanark County Detachment of the Ontario Provincial Police (OPP) responded to 349 calls for service.

The thieves were out and about in the hot weather and the OPP investigated 12 thefts over the week.

“Carleton Place OPP were advised of a theft on June 24, from an address on Wolf Grove Road in Mississippi Mills Township,” media relations officer Const. Lori Lobinowich released in a statement today (July 3). “The incident occurred sometime between the evening of June 18 to the morning of June 24. A 2018, blue, Yamaha, Wolverine side-by-side ATV was stolen from a shed on the property.”

On June 25, Lanark County OPP were called to the Perth Mews Mall where two local youth aged 10 and 13 years were reporting their bicycles had been stolen while in a store for five minutes.

“The children and their parents were very upset at this but very happy when police located the bicycles later the same date in the Town of Perth,” Lobinowich said. “The investigation into the thefts is still on-going.”

A black, Norco bicycle was reported stolen from a driveway at a residence on Ivey Place in the Town of Perth on June 26.

“The bicycle belongs to a 10-year-old child who would greatly appreciate having their bicycle returned,” Lobinowich said.

Lanark County OPP were advised on June 26, of the theft of a Honda push, lawnmower from behind a business located on Sunset Boulevard in the Town of Perth. The theft happened sometime between June 20 and 23. The lawnmower is valued at $700.

Lanark County OPP received reports of six gas drive-offs between June 22-29; five incidents in the Town of Carleton Place and one in the Town of Perth.

Carleton Place OPP were called to a restaurant on Highway 7 in Carleton Place on June 21 regarding a reported break, enter and theft at the location, sometime between June 21-23. A quantity of cash was reportedly stolen.

Anyone with information regarding these incidents or the whereabouts of the funds is asked to call police at 1-888-310-1122.

Carleton Place OPP were called to a business on Victoria Street in the Town of Carleton Place on June 25, at 9:30 a.m. regarding what appeared to be a brick having been thrown at the window, just before 1 a.m. according to video surveillance.

Lanark County OPP were contacted regarding trespassing and a break-in at a local quarry overnight of June 26-27. Police were advised locks at the gates had been cut, a building entered, and items strewn about. Information was also received that a gathering of 30 to 40 teenagers had taken place. Anyone with information regarding this incident is asked to call police at 1-888-310-1122.

“The public is also reminded of the maximum gathering under the Emergency Measures and Civil Protection Act (EMCPA) is 10 people due to the COVID-19 pandemic,” Lobinowich said. “Gathering like this put everyone at risk as well as cost businesses with repairs, clean-up and replacement of locks.”

The OPP investigated nine incidents of fraud over the week.

“Lanark County OPP wish to remind the public to be extremely cautious regarding phone calls from anyone you don’t know; even if they say they are police or from the government,” Lobinowich said. “A new scam going around is where the scammer says they are from Service Canada and advise you there are fraudulent charges on your Social Insurance Card (SIN). The scammer then goes on to ask you for your SIN. Firstly, your SIN is just a number to register you to work; you can’t have fraudulent charges on the number. Secondly, if the caller says you have fraudulent charges on your number why then do they need you to provide your number? Please, be careful and don’t give out banking, personal information or your SIN or any parts of numbers to callers you don’t know. Scammers continue to ask people to purchase Google play cards as payment – some people are catching on to this. If you decline, the scammers go for another method to get your money. Think, If you are selling a product would you want the money sent to someone else in a different town, province, country? No, but this is what scammers do ask of you, say no. Scammers also frequently use money transfer places like Western Union.”

A 44-year-old resident of the Town of Perth was arrested and charged by Lanark County OPP on June 27, with disobeying order of the court after attending near the residence of their former spouse in Lanark Highlands Township around 2 p.m. The accused was released from custody on an undertaking with a scheduled court date of Sept. 14, at the Ontario Court of Justice in Perth.

A driver in the ditch has led to impaired driving charges for an Arnprior woman.

Lanark County OPP were advised of a single vehicle collision on Waba Road in Mississippi Mills Township on June 26, at 11 p.m. Officers attended and spoke with the witness who called in the collision and drove the driver to a residence. The driver was located and spoken to. Subsequently, Nicole Perfitt, age 37 of Arnprior, was arrested and charged with impaired operation. The accused was later released from custody on an Appearance Notice for a scheduled court date of Sept. 28, at the Ontario Court of Justice in Perth. Further charges of fail to remain and fail to report accident were laid under the Highway Traffic Act and operate a motor vehicle without insurance contrary to the Compulsory Automobile Insurance Act.

A routine traffic stop on Clayton Road in Mississippi Mills Township on June 28, just before 2 a.m. by a member of the Lanark County OPP resulted in the arrest and charge of the driver, Vincent White, age 23 of Lanark Highlands Township, with operation while impaired – over 80. The accused’s driver’s licence was automatically suspended for 90 and they were released on an appearance notice for a scheduled court date of Sept. 28, at the Ontario Court of Justice in Perth. 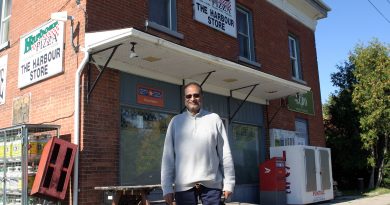 Marfatia brings experience to the Harbour 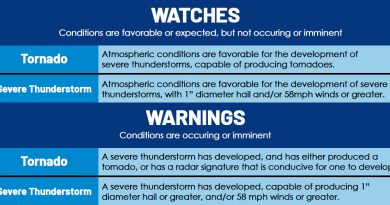 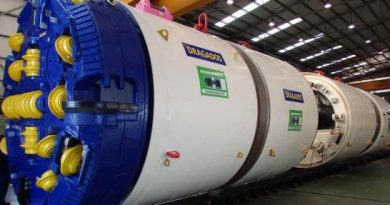