OTTAWA – Police are seeking a bandit who used the same note to rob two banks in one afternoon.

The Ottawa Police Service Robbery Unit is investigating two robberies involving the same male suspect. They are seeking public assistance to identify him. On Friday, July 20, at 12:10 p.m., a male suspect entered a bank at the 1300 block of Carling Avenue. The male attended a teller and handed a note demanding money. He left with an undisclosed amount of money. No injuries were reported.
On that same day, a short time later, the same male entered a bank at the 1400 block of Carling Avenue. He gave a teller the same note demanding money. An undisclosed amount was handed to him. No injuries were reported.
Frontline officers attended both robberies but made no arrests.  A description and pictures of the male were taken.  He is described as white male, 50 to 60-years-old, sun hat, gray t-shirt, jeans and a small bag.

Seeking the identity of four suspects from a swarming on Earl Grey Drive
The Ottawa Police Service Robbery Unit is seeking public assistance to identify four suspects involved in a personal robbery swarming which occurred on Sunday, July 15, 2018 at 9:20 p.m..
Six youths were walking in the area of the 400 block of Earl Grey Drive when a four-door silver Acura with no plates drove up to the group. Four male suspects wearing bandanas exited the vehicle and attacked one of the six males. During the attack, the suspects stole the youth’s backpack. The youth sustained minor injuries to the arms, back and legs.
The suspects are described as all males wearing balaclavas and ski masks.

Anyone with information regarding this investigation is asked to call Robbery Unit at 613-236-1222, ext.5116. Anonymous tips can be submitted by calling Crime Stoppers toll-free at 1-800-222-8477 (TIPS), or by downloading the Ottawa Police app. 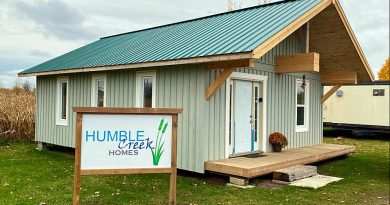 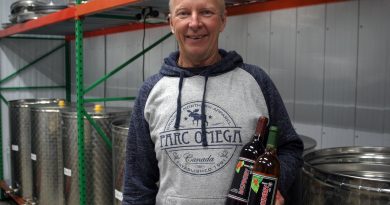