The Rivermen’s four-game winning streak wasn’t enough to push the team ahead of the Islanders for first place in the EOSHL West Division, but it was the first time in three tries Arnprior’s senior A hockey team was able to defeat the Islanders this season, not to mention keep the Islanders under double-digit goals against them.

The Rivermen will remain in second in the west, one point below the Islanders who also have one game at hand over the Rivermen.

The Rivermen came out fast, scoring three goals in the opening period while allowing only one against.

Wakefield, QC’s, Ryan Peck got two of his three goals in the first frame and was named the game’s first star after a four-point night. Joshua Snider opened the scoring in the game for the Rivermen.

The Rivermen’s Dan Johnson, who ended up with two goals, and Alex Hulford would score in the second. Jared Campitelli and Johnson would score in to the third. Johnson’s in to an empty net.

With the season at the halfway point, the Rivermen are in second in the EOSHL West Division with 13 points, one point behind the Islanders who hold top spot in the division. Tweed, Deseronto and Smith Falls are tied for third (battling for the last two playoff positions in the west) each with 10 points.

Rivermen coach says the team is happy with what they have accomplished lately but aren’t looking back.

“The four-game winning streak is nice, but we still know we have a tough road ahead of us,” Byrne told West Carleton Online yesterday (Dec. 1). “Coming up, we have North Dundas, Gananoque again and Smiths Falls twice. We have to build off what we’ve done right the past few weeks to hopefully continue being successful.”

First-year Rivermen Peck leads the team in scoring with 21 points (15 goals, six assists) – a 2.1 points per game average. He’s tied for fourth in the league for goals scored and eighth in points scored.

“Ryan has been absolutely incredible for us, and he scored from areas we didn’t even know was possible,” Byrne said. “I think what’s best about Ryan is how he can play in all situations. Sure, the goals are awesome, but he’s solid defensively and contributes at both ends of the ice.”

Byrne says the team is keeping an even keel during the winning streak and is focusing on its three-game road trip starting Saturday in North Dundas against the Rockets (10-0-0) followed by the Islanders and Smith Falls Rideaus (5-6-0) before returning home in the new year (Jan. 7).

“I wouldn’t necessarily say our confidence has changed,” Byrne said. “All along, we’ve believed in ourselves, we just haven’t always got the results we were hoping for. That said, there have been discussions about our improved defensive play, and I think our team has much more confidence in our ability to defend, versus our need to put up a high number of goals.”

One thought on “Rivermen get Gananoque monkey off back” 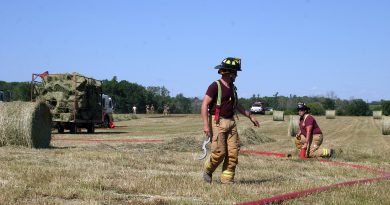 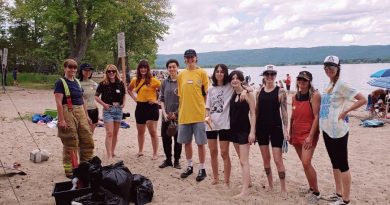