On a related matter, the committee also received Ottawa Next: Beyond 2036 – a report that will inform Official Plan discussions by identifying long-term trends, challenges and opportunities facing Ottawa.

Ottawa Next outlines a number of considerations and scenarios that will inform the Official Plan Review. “It will also help to ensure the city is adaptable and resilient in the future as it aims to be the most liveable mid-sized city in North America,” city staff released in a statement.

The committee also approved its draft budget for 2019, which includes $64.8 million in operating funding and $11.8 million in capital funding related to planning. This includes $6.5 allocated to the Affordable Housing branch in the committee’s operating budget, in addition to the $2 million currently allocated to the Ottawa Police Services budget, $1.5 million from other sources, $5 million from land sales and development charge reserves, for a total of $15 million. The planning portion of the capital budget also allocates $1.17 million to develop new affordable housing under the federal Investment in the Affordable Housing for Ontario program.

The committee approved a new Site Plan Control application fee structure and procedural changes to make the approval process more efficient. The City uses the Site Plan Control process to ensure land development is safe, functional, and designed appropriately, and that it minimizes potential impacts on neighbouring properties. The proposed changes would streamline that process and add a new fee structure to better reflect and recover the real cost of this work. 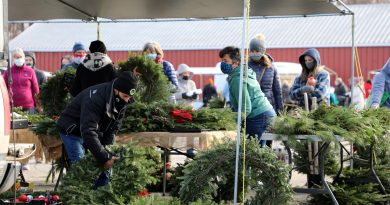