Community members met at St. Joseph’s Catholic Church on Allumette Island, about an hour-and-a-half drive west of West Carleton, on the evening of Aug. 8 to hear from lawyer Colin Dubeau on the potential for legal action related to the alleged mismanagement of water levels along the Ottawa River. Many along both sides of the river feel last spring’s record flooding (click here for West Carleton Online’s coverage of 2019 spring flooding ) was not a natural disaster and related to possible mismanagement of the dam system along the Ottawa River and its watershed.

Dubeau is a partner with the firm and the leader of the firm’s Insurance Practice Group. Since his call to the bar in 1999, Dubeau has practised “exclusively in the areas of civil litigation and advocacy” Nelligan, O’Brien and Payne states.

Dubeau has appeared before all levels of Ontario courts, and also has experience before the Federal Court of Appeal, the Supreme Court of Canada, and “a diverse array of administrative tribunals.”

One of the main organizers of the meeting was Diocese of Pembroke parish priest, Father Tim Moyle. He was a lead organizer of the meeting beginning in July and publicized the meeting on Facebook pages dedicated to the flood. While West Carleton Online was unable to attend the meeting, Moyle updated the community on the outcome Friday, Aug. 9 morning.

Dubeau told those in attendance he doesn’t believe a class action suit is the way to go.

“They explained they do not believe we should move forward on a class-action basis, but rather as individuals,” Dubeau wrote on Facebook. “But, they are suggesting people register with them to express their desire to move forward. Once that process is complete, they will send out an email to everyone setting out what the fee would be to obtain the expert reports required to argue liability on the part of the agencies and organizations that are responsible for the river’s level.”

The cost per person was estimated at $200 per person if at least 250 people sign up and commit to the fee.

“Once the report has been received each person can then decide if they wish to proceed or not with legal action,” Moyle said. “Note that everyone who anti’s up these initial funds will receive their own copy of the report.”

The estimate on the cost to have such a report “commissioned” was put at approximately $50,000.

“Paying $200 each as part of a group is a bargain, especially when one does not have to commit to further legal action with the law firm,” Moyle said. “So, if I were you, I would contact the firm directly in Ottawa to sign up at this initial phase if you want to participate.”

While no numbers were posted, Moyle was pleased with the strong turnout.

“Thank you to everyone who turned out last night,” he said. “It strengthened our case considerably for the lawyers to see just how many people are interested in pursuing legal action.” 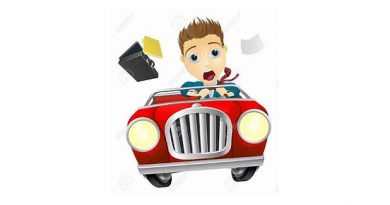