OTTAWA – An 81-year-old male was not the easy prey a would-be robber, nearly half the victim’s age, hoped for during a thwarted robbery attempt.

On Sunday, July 22, at approximately 4:30 p.m., frontline officers were called to a robbery in progress. An elderly couple attending an ATM on Montreal Road and St-Laurent Boulevard were depositing a sum of money they had won at a casino.
During the deposit, a male who was in the adjacent ATM, asked the couple for some assistance with his debit card. During this distraction, the male grabbed the couple’s money and ran from the ATM.
The 81-year-old male victim took chase in his car and cornered the suspect in an alley close by.  A physical struggle ensued. The complainant recovered his money when the suspect dropped it to the ground. Frontline officers were given a description of the suspect. A witness had also taken a picture from a cell phone, which assisted the investigation.
A short time later, officers located a male and arrested him without incident. Kevin Harris, 44, of Ottawa is charged with robbery with violence, possession of property obtained by crime and failure to comply with a court order.
Harris will appear in show cause court today. 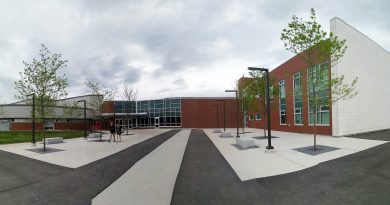