OTTAWA – Numbers are slowly moving up again after an extended period of lower case counts and has, according to new OPH numbers.

This brings the city’s total number of cases to 9,754.

There is also one new reported death.

There are still 15 active cases among zero to nine-year-olds.

There are 12 people currently in hospital, two of which are in the ICU.

So far, 8,928 cases have resolved since the start of the pandemic.

One new outbreak is being reported in childcare and education establishments (Ridgemont High School), as well as one more community outbreak, bringing the total to three outbreaks and five outbreaks, respectively.

PEMBROKE – The COVID-19 outbreak at Algonquin College’s Pembroke Campus has officially been declared over.

The news was announced by the Renfrew County and District Health Unit (RCDHU) yesterday (Dec. 27), saying the outbreak was over effective Saturday (Boxing Day) evening.

No additional positive tests among students, staff or close contacts at the college were received.
“It has been two weeks since an individual with COVID-19 was in the facility,” RCDHU acting medical officer of health Dr. Robert Cushman said.

The RCDHU says prompt contact tracing and testing as well as strict compliance with public health directives were successful in containing the outbreak.

An outbreak was announced at the campus on Dec. 12 when three staff members had tested positive for the virus.

OTTAWA – A third individual with the COVID-19 UK variant has now been confirmed in Ontario, this time in Ottawa involving individual who had traveled to the United Kingdom.

The news comes after the announcement of two cases previously reported in Ontario, involving a couple in the Durham region, on Boxing Day.

“This further reinforces the need for Ontarians to stay home as much as possible and continue to follow all public health advice, including the province-wide shutdown measures,” Dr. Yaffe said. “This is also an important reminder about the need for arriving international travelers to maintain quarantine for 14 days.”

Since the initial report of the first two cases, additional investigation and follow-up case and contact management has revealed the couple had been in contact with a recent traveller from the UK, which is new information not provided in earlier interviews.

The cases and contacts have been informed and are now in self-isolation as per public health protocols.

With the confirmation of three cases stemming from inbound international travel, the province says it continues to call on the federal government to urgently partner with Ontario to implement testing at Toronto Pearson International Airport and strengthen oversight of quarantine.

The Ministry of Health continues to be in contact with the Public Health Agency of Canada and other jurisdictions to monitor the developing situation and ensure coordinated, effective and shared efforts to protect and safeguard the public. 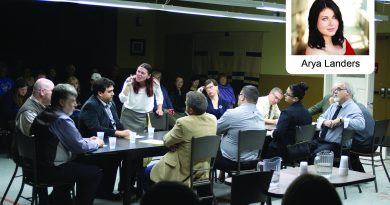