MISSISSIPPI RIVER – Construction has started, the old highway is closed and the bridge spanning the Mississippi River is getting replaced.

The Ministry of Transportation (MTO) began work on the project to replace the bridge serving Old Highway 17 near Antrim back in 2013 with an initial study. In 2015, the MTO recommended the 64-year-old bridge should be replaced. On Oct. 3, 2017 the MTO unveiled its plans to the community during an open house in Kinburn.

Construction started on schedule on June 14 and will be completed in the fall of 2019. The old three-span, steel truss bridge will be replaced with a wider, three-span, steel girder bridge, similar to the one just up river on Highway 417.

During this time, and already in place, detours will include Upper Dwyer Hill Road between Kinburn Side Road and Galetta Side Road. Motorists can also use Mohr’s Road as a detour.

Following completion of the bridge, the roughly 11 kilometres of road making up Old Highway 17 and the bridge will be transferred from the province to the City of Ottawa. The entire roadway was also repaved within the last year.

“The city wouldn’t take the road unless it was paved and the bridge repaired,” Ward 5 Coun. Eli El-Chantiry said at the time of the open house meeting. “This job was a little too much for Ottawa. I am pleased the province is giving us the road in good shape.”

El-Chantiry estimated the total cost of work needed to rehab the road around $12 to $14 million. 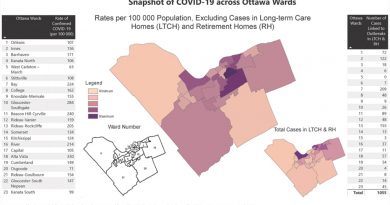