CARP – The Carp Hills rock barrens is an increasingly popular recreation destination, but also an important and sensitive environmental area.

On June 11, City of Ottawa staff, the Friends of the Carp Hills and members of the public and various user groups met to discuss the best way to keep the 3,000-some heactare plot accessible to the public but safe for the diverse, and in some cases, at risk plant and wildlife life that call the area home.

The land is owned by the City of Ottawa and stewarded by the Friends of the Carp Hill.

The land is an untouched, wooded and glacier rock-covered area on both sides of Thomas A Dolan Parkway located between Stonecrest and Carp roads.

Public use of the Carp Barrens has increased “substantially” over the last several years with day hikers, mountain bikers and hunters all making use of the beautiful area with some snowmobile traffic in the winter. Users have created and marked new trails without city authorization. Sensitive vegetation and wildlife in the area have experience damage and disturbance. Parking has created a safety hazard.

Five years ago, area community members created the Friends of the Carp Hills due to “concern about the potential of losing the Carp Hills to development and losing access to the beautiful area,” Friends chair Janet Mason told West Carleton Online.

They formed a partnership with the municipal landowner to manage the land on the city’s behalf.

The Friends created the Crazy Horse Trail on 200 acres owned by the city and “have an agreement giving us permission to maintain the land and work with the city on further trail development,” Mason said.

“We wanted to get ahead of the curve. The Carp barrens has unusual ecology. It’s also stunningly beautiful, easily disturbed and quite fragile. Human use has really increased a lot. No one group is at fault at all. It’s being used a lot, but it’s not being managed.”

So, the June 11 public meeting in Carp was the first step in the process of creating a management plan.

“It was a meeting to get public feedback for the city to use as review policy for management,” Mason said.

Mason said the public meeting was a great success with a lot of positive input from the user groups with all in attendance agreeing the land needed a proper management plan.

“It was a very good meeting,” Mason said. “People felt they were heard and there was a reasonably good cross section of users.”

Mason said the Huntley Community Centre Mess Hall was full and after some initial words, attendees broke in to smaller groups to workshop ideas. The Friends also distributed surveys to attendees at the meeting and to the greater community.

Following the meeting Mason said “it looks to us there may be some near terms we can implement.”

In the long term, the plan is to “work with field naturalists to do an ecological assessment of the site. That will help us better plot out trails. It’s the city’s decision to add more trails or not though. Our role is to add input.”

“The land is not over-used at the moment, but it certainly is very sensitive,” he told West Carleton Online on June 26. “We don’t know yet, what level of use it can support.”

Dr. Stow said the combination of glacier shield rock and thin soil makes for very poor agricultural land and the Carp barrens has “survived in an almost pristine natural state.”

He says the area is an important transportation corridor for wildlife and contains “plant and animal species from pre-development times. There’s a very diverse biology.”

Stow said he was impressed with the turnout at the meeting as well as the sense everyone was on the same page.

“Everyone was supportive of the need for a plan,” he said.

Stow said the city “tries to take a hands-off approach to core natural environments as it has been for thousands of years.”

But with the increase in use over the last three or four years, the city now “sees the need for more proactive management.”

The area has a number of species at risk that call the area home.

Stow says the three “big ones” are the Blanding turtle, whippoorwill and the common night hawk. Stow says 12 or more species listed at risk use the hills and there are many other regionally significant species that can be found. The area also supports many of the larger mammals such as black bears, moose and white-tailed deer.

The most important next step following the meeting is to do an environmental assessment which has to account for all four seasons. Following that process, stakeholders will be able to begin to put together a management plan. Stow calls the city’s partnership with the Friends of the Carp Hills an important one.

“We really appreciate the partnering with the Friends of the Carp Hills,” he said. “It makes it possible to do long term stewardship of areas like this.”

For more information on the Friends of the Carp Hills, click here. 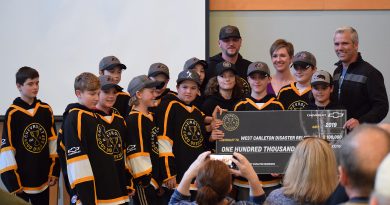 WCDR: ‘Time to be less polite’ 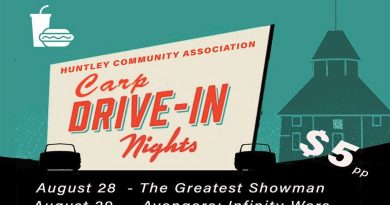