WEST CARLETON – Like it has been all July, the sun was out again shining on a beautiful and busy weekend in West Carleton.

Saturday in the Bay, was the second of five planned Constance Bay Community Markets. Market manager Cindy Pratt puts a real focus on youth vendors having the opportunity to be a part of the market, and on Saturday Constance Bay’s Sheralan Murray, 17, had her handmade products up for sale.

“I made one for my mom last year when she was going away,” Murray told West Carleton Online. “My grandma said I should sell them. She taught me how to sew and we went from there.”

Murray says this is the first time she has been a vendor but has visited the market as a shopper many times before.

She says it takes her about an hour to make a bag once she has all the material collected.

In other youthful market news, the Carp Farmer’s Market was also buzzing on Saturday. The popular spot focused on bees and their fabulous products. Vendor Lacelle’s Apiary shared their knowledge and experience on the amazing honey bee. Also buzzing was the band, youth band A.B.B.A. got the crowd moving with their horned music.

Carp was also the site of a huge dog show this weekend. Confusing many a GPS systems, the Kars Dog Show was hosted in Carp on the fairgrounds from June 19 to June 22.

Show secretary Diane Edwards says there were more than 1,000 dogs from the U.S., western Canada and, of course, locally competing over the four days. Edwards says the Kars Dog Show will call Carp home for the next several years and the inaugural event was a big success.

“We were well received by the village,” she said.

Competing dogs were collecting points in order to help them win the title of Top Dog which will be decided later in the year. For results from the show, click here.

Throughout West Carleton you may have seen hundreds of cyclists cruising Ward 5 roads on Saturday. They were part of a non-competitive road race called GranFondo Ottawa. More than 600 participants took part in a trek of either 65 kilometres, 100 kms, 150 kms, 180 kms or 235 kms.

The event is a major fundraiser for the Ontario Lung Association.

If you have a special event coming up, be sure to let us know at westcarletononline@gmail.com. 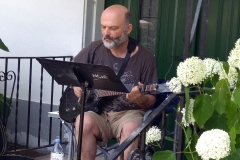 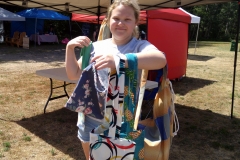 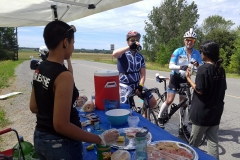 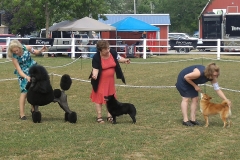 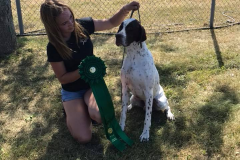 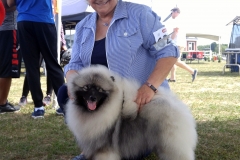