OTTAWA – A traffic stop resulted in the arrest of a suspect in a string of Ottawa robberies.

On Saturday, July 21, at 1 a.m., at Montreal Road and Vanier Parkway, an RCMP officer initiated a traffic stop with a suspicious vehicle, which returned as being a stolen vehicle involved in a number of robberies.

The officer had stopped only a short time behind the suspicious vehicle, when the vehicle fled from the traffic stop. RCMP commenced a short vehicle pursuit ending when the vehicle entered a dead-end street on Buell Street, where the male and female occupants from the vehicle fled on foot.
Ottawa Police Service frontline officers and one K9 assisted the RCMP officer in tracking the two suspects. Both suspects were located hiding in the woods near the vehicle. They both sustained injuries from the K9. They were both assessed on scene by paramedics. The male was transported to the cellblock and the female was transported to hospital for minor injuries.
The vehicle was reported stolen Friday, July 13, in the 700 block of Gladstone and was then later involved in numerous thefts and robberies throughout the day, July 13.
On Thursday, July 19, the vehicle and male suspect was involved in a robbery in the 1400 block of Highgate Road.

Following the arrest, Ryan Wagner, 42, of Ottawa is charged with a number of crimes including robbery with violence, possession of property obtained through crime, dangerous operation of a motor vehicle, failure to stop for police and breach of probation.
Wagner appeared in show cause court on the weekend. Further charges are pending.
The female occupant in the vehicle was released from hospital and police custody with no charges. 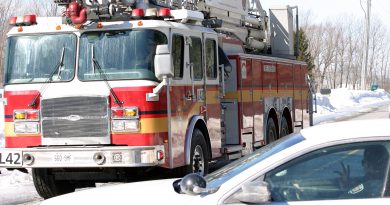 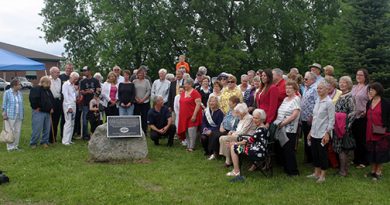