KINBURN – If you know anything about West Carleton, you know the community loves its euchre (euchre is absolutely one of the beats we follow at West Carleton Online).

For the Kinburn Seniors Association (KSA), last Thursday (Nov. 4) marked a return to playing cards together, as the first of several weekly six-handed euchre tournaments kicked off at the Kinburn Community Centre Thursdays at 1 p.m. for November and the first two weeks of December before taking a short break.

It’s been more than a year-and-a-half since the KSA has been able to host a seniors’ event in Kinburn thanks to the ongoing COVID-19 pandemic.

“We decided we wanted to get the seniors out,” long-serving KSA President Judith Waddell told West Carleton Online Thursday (Nov. 4) afternoon. “A lot of them live alone. They really need something.”

The rural senior community was identified early on by City of Ottawa and Ottawa Public Health staff as a community at greater risk of suffering ill-effects brought on by COVID-19 including increased isolation.

The Nov. 4 tournament ended up with four tables playing (24 players), and while a smaller turnout than in pre-COVID times, Waddell says that probably really didn’t have anything to do with the pandemic.

“On Nov. 10 the KSA will have an “informal meeting to see what to do going forward with the club,” Waddell said.

On Nov. 19, the presidents of West Carleton’s senior associations will meet to discuss a broader future.

Waddell says one discussion that will be broached is combining the existing senior clubs in to one. 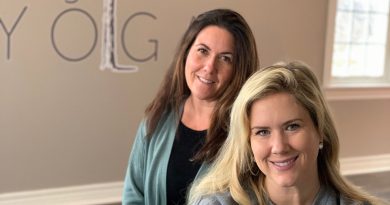