OTTAWA – Ottawa Public Health (OPH) is reporting another death and 22 new cases related to COVID-19 locally, but says the city is getting closer to meeting the thresholds the province has set out to enter in to Step 2 of the three-step economic reopening plan.

To enter into Step 2 of Ontario’s economic reopening plan, the government is requiring 70 per cent of all residents over 18 with one COVID-19 vaccine dose and 20 per cent of adults fully vaccinated.

The number of active cases of COVID-19 in Ottawa is down to 287.

Local hospitalizations due to novel coronavirus remain at 13 with four patients in intensive care.

OPH is monitoring a new COVID-19 community outbreak linked to a retail workplace. It continues to track another community outbreak stemming from a distribution facility. Six Ottawa healthcare institutions and one childcare centre are also dealing with outbreaks.

Residents being tested for COVID-19 are seeing positive results 3.6 per cent of the time, which is also up slightly from 3.3 per cent on Tuesday.

Ontario new cases on the decline, vaccinations up

ONTARIO – Vaccinations are up and COVID-19 cases continue to drop across the province.

It’s been the story in Ontario for several weeks now as well over nine million people have received one dose of a vaccine and roughly 65 per cent of the population. As of yesterday’s (June 15) update, that accounts for approximately 75 per cent of adults in the province with one dose.

With Ontario approaching one week into Step 1 of its re-opening plan, it will be worth monitoring how the easing of certain restrictions impacts daily COVID-19 case counts in the coming weeks.

The good news rests in the province – and science – encouraging outdoor gatherings and patio dining. With warmer weather upon us, data has shown while there is still a risk of COVID-19 transmission outdoors, it remains low compared to other settings.

Coupled with an accelerated vaccine rollout and more appointments being booked for second shots in COVID-19 hotspots – Ontario opened accelerated second dose bookings to individuals who received the first dose of a Moderna or Pfizer vaccine on or before May 9 – the province is on track to reach Step 2 by July 2; perhaps earlier if the positive trends continue.

In terms of full vaccinated Ontarians, the province says just more than two million people are inoculated against the virus, accounting for just under 14 per cent of the population and slightly over 16 per cent of adults.

Based on current daily vaccinations, which are now more than 180,000 vaccines administered daily, the percentage of fully vaccinated Ontarians has gone up about one per cent per day. That means the 20 per cent, fully vaccinated threshold could be met as early as the week of June 21.

With Pfizer shipments keeping steady through this month and into July, along with more Moderna doses on the way, it’s entirely possible Ontario will have 20 per cent of the population double vaccinated in time for the start of Step 2.

In Ontario’s latest round of modelling released on June 10, health officials pointed to second-dose vaccinations as a solution in controlling and limiting the spread of the Delta variant.

“To help avoid a fourth wave, we need to continue to ensure first and second doses in high-risk communities,” Dr. Steini Brown said last Thursday (June 10). “We need to make sure our vaccine efforts are tailored to community needs and we need to ensure the core public health functions and strong contact tracing.”

The Delta variant, more than 50 per cent transmissible than the Alpha B.1.1.7. strain first detected in the U.K., is considered the predominant strain in Peel Region and will soon be in the province.

Health officials say the first dose of a COVID-19 vaccine is less effective in protecting against the Delta variant, hence the urge for second doses, which adds 50 per cent effectiveness with residents fully protected.

It’s worth looking at Toronto’s progress, a known COVID-19 hotspot. The city announced Tuesday as of yesterday evening, 20 per cent of residents 18 and older have received a second dose of a COVID-19 vaccine. To date, 2,707,340 COVID-19 vaccine doses have been administered in Toronto.

With vaccinations on the upswing, the COVID-19 picture in the city has become much improved.

While Step 3 is over a month away, it’s not hard envisioning what circumstances will look like if the rate of daily vaccinations continues to exceed 130,000.

On Tuesday, the province announced that 45.7 per cent of youth aged 12 to 17 have received a first dose of a vaccine with officials saying the goal is to have educators and students receive both doses by September.

Prime Minister Justin Trudeau himself proclaimed in early May a one-dose summer will set up the country for a one-dose fall.

Ontario’s Premier later doubled down on that, saying if provinces get the needed supply, “we will work our backs off to have a two-dose summer, instead of a one-dose summer.”

OTTAWA – Ottawa’s supply of COVID-19 vaccine continues to be politicized by the mayor of the city and the premier of the province.

A spokesperson for Ontario’s minister of health says the city is getting more than its fair share of COVID-19 vaccine after repeated calls from Ottawa Mayor Jim Watson to get more to the city.

The mayor has argued in recent weeks the province’s decisions to expand vaccine eligibility at a rapid rate have created log jams in Ottawa’s vaccination rollout, where too many people are fighting to book appointments with not enough vaccinations available to them.

In an email statement released last night (June 15) a spokesperson for the minister of health wrote, “while we understand that Mayor Watson has asked for more vaccines, Ottawa is receiving more doses per capita than several other public health units and has not utilized the allocation they currently have.”

As of Monday, June 14, (the last time Ottawa Public Health updated it’s local vaccination dashboard) the city had used 98 per cent of the 663,610 COVID-19 vaccine doses it had received to date.

The spokesperson says, however, that as of the end of last Sunday (June 13) Ottawa Public Health had 20,388 doses of Pfizer and 3,180 doses of Moderna in its freezers and then the province delivered another 53,820 doses of Pfizer on Monday (the same sized shipment Ottawa received the week previous, on June 6).

“Ottawa Public Health is required to keep a one-to-two-day supply of COVID-19 vaccines in freezers in order to protect existing appointments from being cancelled should a new shipment be delayed. It’s important to note that each dose sent to Ottawa has an appointment associated with it at a later date in the week. The province has admitted that Ottawa is not getting its per capita share in a letter to Mayor Watson last week. Further, the Premier spoke to the Mayor two days ago, saying he would “go to bat” for Ottawa in its request for an additional 40,000 doses.”

The minister’s spokesperson writes, that since early May, “Ottawa has received an additional 37,760 doses over and above their per capital allocation. In addition to the 53,820 Pfizer doses that Ottawa received, 13,000 doses of Pfizer are being sent to local pharmacies, as well as 8,700 AstraZeneca doses.”

The province says it’s reviewing Mayor Watson’s plan, along with other plans from other public health units. 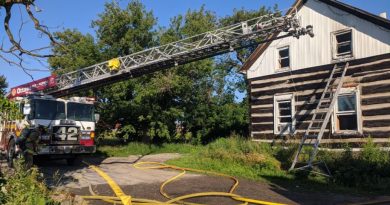 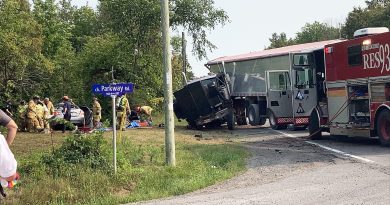