KINBURN – It was an impressive showing as members of the Kinburn Seniors Association (KSA) and Huntley Friendship Club 9HFC) held a joint meeting Wednesday, Nov. 10 in Kinburn to talk about the future of West Carleton’s senior organizations.

It’s a challenging time for rural seniors as the COVID-19 pandemic lingers towards its second anniversary early in 2022. The danger of the pandemic is not just the disease, but the prolonged isolation seniors are dealing with creating mental health issues for those going long periods of time without proper socialization.

“I am awed my how many people have showed up,” KSA President Judith Waddell told the crowd. “It’s good to see everybody. I apologize for forgetting some peoples’ names, it’s been a while. It’s a good start. We’ll see where we should go and what we should do.”

As is tradition at KSA meetings but slightly modified, O Canada was sung by Leben while those in attendance were encouraged to hum, rather than sing along. Which they did.

Following the national anthem, the meeting held two minutes of silence “for friends we’ve lost over the pandemic and our veterans,” Waddell said.

The KSA shared its financial state with its treasurer sharing the bank account currently sits at $3,891.58.

“Judy wants to get off her chest what she’s been doing with KSA money the last two years,” Waddell said. “The club is in good financial position, just so you know.”

As far as revenue over the last two years, it was created by three cents interest per month from the KSA’s bank account.

Two memorial donations last year were the KSA’s only expenses.

Kinburn seniors six-handed euchre started last week (Nov. 4), and will continue every Thursday in to the first two weeks of December. The friendly tournament will take a break the rest of December before starting up again in January and February. All games will follow the latest Ottawa Public Health COVID-19 guidelines and policies.

“Where do we go from here?” Waddell asked about the future of senior recreation organizations in West Carleton.

Next Friday (Nov. 19) the presidents from the four organized local senior associations, including the Sand Hills Seniors of Constance Bay and the Fitzroy Harbour Seniors Association, will meet to discuss the future of such organizations that are facing dwindling membership and few new recruits.

“We’re hoping to have amalgamation of the clubs if that’s what members want,” Waddell said. “We want to have much bigger crowds for the events we organize.”

For the current year, the clubs are not necessarily planning monthly meetings “but something special for Christmas and Valentine’s Day,” Waddell said asking for feedback.

Caterers must serve the food, no more buffet style, which does increase the price a bit. With loosening COVID-19 regulations, the Kinburn Community Centre hall can now host up to 250 people for such events.

“We’ll never get that many, and I don’t want that many,” Waddell said. “But we can have more people now.”

Waddell expects those events would draw roughly 40 to 50 people. Waddell took an informal vote on interest for a Christmas event, and almost all hands raised in the hall with a tentative date of the second Wednesday in December set.

Waddell took feedback from those in attendance as well.

“We are anxious to get back to carpet bowling,” one said.

While carpet bowling has restarted in Fitzroy Harbour, it hasn’t come back to Kinburn yet. Others hope to see the senior walking club return to the centre.

“I see a lot of familiar faces,” she said. “I think I had the very last lunch served in this building in March of 2020.”

“I look forward to seeing many of you at events like this in the future,” she said. 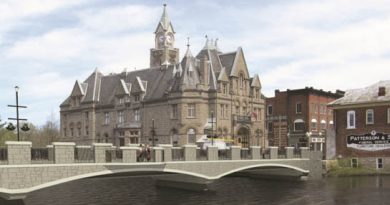 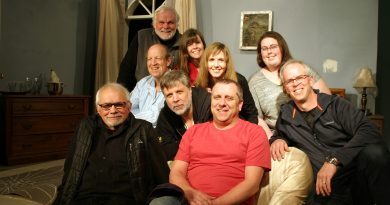 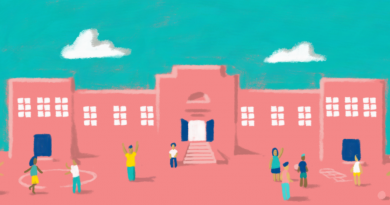