The number of local hospitalizations due to the virus is down to 27 with four patients in intensive care. The weekly COVID-19 incidence rate is down to 33.2 per 100,000 residents. The positivity rate in Ottawa has fallen to 3.5 per cent.

More than 60,000 Ottawa residents have received two doses of a COVID-19 vaccine as of today, which makes up seven per cent of all adults and six per cent of the entire population.

Overall, OPH says 92 per cent of the 604,790 vaccine doses the city has received have been administered to date. That means 54 per cent of the Ottawa’s entire population and 64 per cent of residents over 18 have had at least one shot.

Ontario is reporting 914 new cases of COVID-19, Friday, including one in both the Renfrew County and Leeds, Grenville and Lanark districts. There were no new cases reported in the Eastern Ontario Health Unit’s region.

Those aged 70 and older and people who received an mRNA vaccine on or before April 18 can now book second doses at pharmacies or primary care settings.

The province says those eligible can also book shots starting Monday (June 7)  through the provincial booking system. The province says it’s making the change as it expects a bump in vaccine supply in the coming months, and the schedule could accelerate further.

People had initially been booked to receive their vaccine shots four months apart, but the province has recently been moving up the schedule.  Those aged 80 and older were able to start booking earlier second shots earlier this week.

Also on Friday, Ontarians who received a first dose of the Oxford-AstraZeneca vaccine had the choice to book a second dose of the same vaccine or an mRNA vaccine like Pfizer-BioNTech or Moderna.

Second-dose bookings are available at pharmacies for people who received an AstraZeneca vaccine 12 weeks ago.

People can book AstraZeneca second doses by contacting the pharmacy or primary care provider where they received their first shot. Those opting for an mRNA vaccine can schedule through a participating pharmacy offering Pfizer or Moderna vaccines.

The province says AstraZeneca recipients can book second shots of a Pfizer or Moderna vaccine through the provincial booking system or local health units starting next week.

RENFREW COUNTY – Despite increases in the amount of available COVID-19 vaccines across Ontario, the supply going to rural communities continues to be unpredictable.

“The supply chains aren’t that reliable. Pfizer seems to be able to give us a weekly supply, but the big problems are that the Moderna and AstraZeneca supply chains are just not delivering,” Renfrew County and District Health Unit chief medical officer of health Dr. Robert Cushman released in a statement yesterday (June 3). “Occasionally, we get a windfall, but its not as if the government can tell us how many doses we will be getting four weeks in advance.”

Cushman says the health unit is getting little to no details from the province on the number of vaccines they will be getting, so they are constantly having to make adjustments to things like the amount of available vaccine appointments and to the number of open clinics.

“[Constantly changing capacity] is putting an inordinate amount of pressure on us, because people are hungry to get their vaccine,” Cushman said. “We’re only at 60 per cent [of adults with first doses of the vaccine], we will likely hit 65 for first doses at the end of the week. But as you know well, people now want their second doses, and they’re getting closer to being able to start booking those second appointments.”

Cushman says the health unit just received a large shipment of COVID-19 vaccine, nearly three times the size of their regular supply. A regular shipment for the Renfrew County health unit contains between 5,600 and 8,000 vaccine doses. 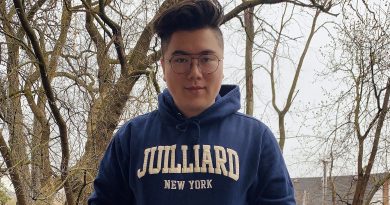