Coun. Eli El-Chantiry says that number is too good to be true. And he let city council and OPH know at last Wednesday’s (Sept. 9) council meeting.

“When I saw zero cases, I wanted it to be true,” El-Chantiry told West Carleton Online yesterday (Sept. 14). “But I don’t think it is. We don’t do as much testing out here. Zero is impossible, we have 30,000 people.”

Especially at a time when confirmed cases are on the rise in the city and in the province, with numbers not scene since May.

As mentioned, El-Chantiry believes West Carleton residents are not getting tested as often as urban counterparts. Its been an issue since COVID-19 testing became regularly available as the city and province moved to increase capacity.

At last week’s council meeting, elected officials from across the city called for an expansion of the city’s testing system to better meet demand.

“It’s a good effort, but not enough mobile outreach and not enough sensitivities to those who do not have access to a car,” said Rideau-Vanier Coun. Mathieu Fleury in an interview with CBC.

El-Chantiry agrees. There is no testing being done in any of the rural areas of the city. Rural residents have to travel to the core to go to a hospital or attend one of a couple temporary assessment centres.

If a resident has the capacity to get to an urban testing centre, they better book the day off. Carp resident Kirsten Smith shared her and her partner’s experience of getting tested so they could visit family at a long-term care centre on July 30. They arrived 40 minutes before the clinic opened and still waited nearly three hours.

Yesterday (Sept. 14), Carp’s Jennifer Stewart took her daughter for a test and posted on social media they waited almost six hours, with no access to a washroom.

“Long day waiting almost six hours for a test – wonderful staff but for a seven-year-old, it’s not pleasant,” Stewart posted.

Way back on April 15, West Carleton Online put the question to OPH chief medical officer Dr. Vera Etches, would there be testing in the rural areas of Ottawa?

““The Ottawa Hospital is leading a response that includes considering how to get services out to all areas of the Champlain District including rural,” Dr. Etches told West Carleton Online at the time. “So, our health system partners are working on increasing their ability to go out to the vulnerable populations who need testing, even in their homes. This is something that there is a number of different strategies being investigated whether its paramedics or family doctors. So, I think the best update would come from our health care partners who are planning to talk about this system of testing vulnerable populations, wherever they are, very soon. These are populations where we want to decrease the barriers.”

Six months later, there is still no rural testing. It is something Coun. El-Chantiry and his rural colleagues have been pressing for, for just as long.

“The first ever COVID-19 council update I asked that question,” El-Chantiry said. “I wanted it to be on record.”

El-Chantiry did not want his residents having to drive in to the core, ground zero for COVID-19 in this area, to get tested.

“I put that question to Dr. Etches,” El-Chantiry s said. “My vision was a mobile unit that would spend one day in Constance Bay, one day in Kinburn, one day in Fitzroy Harbour (and so on). That didn’t happen. If someone doesn’t have a car, has mobility issues, or whatever, if that person calls the hospital, they will come. It comes with conditions.”

One of those conditions of course being the resident still has to be taken to an assessment centre.

El-Chantiry refers to a model being used in neighbouring Renfrew County, where paramedics test Renfrew County residents at home, combined with some mobile pop-up assessment centres that rotate throughout the county.

“For whatever political reason, Renfrew County won’t test people outside of the county,” El Chantiry said.

But Lanark County will. There is an assessment centre set up right behind the Almonte General Hospital emergency department, and currently they have no restrictions on who can get tested.

El-Chantiry says one of the issues of a city-run mobile clinic is the way the funding was set up.

The province allocated COVID-19 emergency funding to Renfrew County’s paramedic service, but for Ottawa, allocated the funds to the Ottawa Hospital to arrange testing. The Champlain COVID-19 Response committee is responsible for administering testing.

“It’s resources,” El-Chantiry said. “It’s more economical for you to go to them, rather than them to you.”

El-Chantiry says he and his rural counterparts continue to push for that mobile testing unit.

“We are pushing with the hospital,” he said. “We spoke to the mayor, Dr. Etches, (Emergency and Protective Services general manager) Anthony Di Monte. They should push for us. We need to do this. Maybe we are healthy, but I don’t believe we are at zero. I want to see the support and the only way we can find out where we are at is if we do testing.” 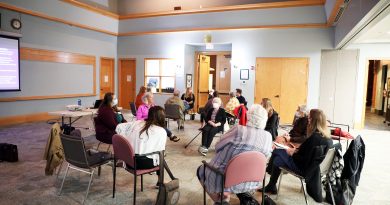 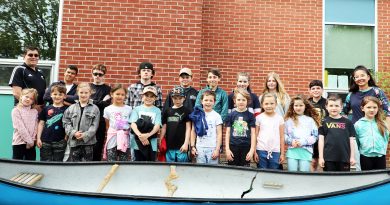