The health unit is confirming 124 new cases of COVID-19 in the city Tuesday. There have been 665 new cases confirmed in the last seven days. The health unit says it’s linked 353 cases to the Delta variant and eight cases to Omicron over the last 30 days.

OPH says it knows of 802 active cases of COVID-19 in the community, which is the highest that figure has been since late May.

There are just six people in Ottawa hospitals with COVID-19 as of Tuesday. Local ICUs have been clear of COVID patients since last Friday.

Residents being tested for COVID-19 in Ottawa are seeing positive results 3.8 per cent of the time.

The province has recorded 1,429 new cases of the virus on Tuesday, marking the seventh straight day Ontario has seen more than 1,000 infections. The daily caseload pushed the seven-day rolling average to 1,401 — the highest it has been since late May.

OTTAWA – An Ottawa epidemiologist says the local health unit may soon have to enforce stricter restrictions to curb the spread of the COVID-19 Omicron variant, until child and third-dose vaccination rates have the chance to climb higher.

Dr. Doug Manuel, with The Ottawa Hospital and Ontario Science Table, says we are now facing a super-transmissible variant that he believes will lead to a significant spike in local COVID-19 infections within the next week or two.

“Our least-intrusive way and best way to reduce (the level of transmission) we’re seeing is going to be vaccination, but we just can’t vaccinate fast enough,” Manuel said in a radio interview yesterday (Dec. 14). “So, do we need to get some breathing room? Do we need to put in some restrictions, circuit-breakers, other things?”

Kingston is seeing the highest number of COVID-19 patients in intensive care in Ontario as of Monday, (Dec. 13), and its local health unit announced it would be limiting gatherings to a maximum of five people. New restrictions were also placed on restaurants; they must be closed to indoor dining between 10 p.m. and 5 a.m., not sell or serve alcohol after 9 p.m., ensure all patrons are seated when served, seat no more than four people at a table, and not allow dancing, singing or live music.

Manuel believes health units need to slow the spread of Omicron using any means necessary, but he maintains schools should be the last thing to close.

“You see these big events with thousands of people not wearing masks, and then if we’re having discussions about whether schools can be closed,” he said. “I just find that heartbreaking.”

For now, the doctor is urging residents to start limiting their close contacts.

OTTAWA –  As the amount of people testing positive for COVID-19 in Ottawa is increasing, Ottawa Public Health (OPH) is finding it challenging to conduct contact tracing for those who have been exposed to the coronavirus.

“With rates of COVID-19 growing steeply in our community and with people having numerous contacts, our contact tracing ability is being challenged,” OPH released in a statement Dec. 13. “If you’ve tested positive for COVID-19, please self-isolate and notify high-risk contacts immediately OPH is continuing to focus on vaccinations for eligible residents. A few minutes ago, over 5,200 new vaccination appointments were added for 12 and older.”

OPH will still get in contact with those who have been exposed to the virus, but it says residents can expect delays.

In the meantime, isolating from household members or in an isolation centre is highly recommended for anyone who believes they’ve been exposed to COVID-19.

As levels of the Omicron variant increase in the city, public health is also urging residents to limit their close contacts, especially as the holidays draw near.

OTTAWA – A COVID-19 vaccine being developed by The Ottawa Hospital (TOH), is providing strong protection in animals researchers say.

The vaccine is currently dubbed TOH-Vac1, and unlike other World Health Organization (WHO) approved shots, it replicates inside the body’s cells. Once the vaccine is injected, it spreads a very tiny amount, leading to a very potent immune response.

Despite the vaccine not having undergone human testing yet, Dr. John Bell, senior scientist at The Ottawa Hospital Research Institute and the University of Ottawa, says animal testing is showing positive signs.

“With a single, quite low dose of this vaccine in animals, in both rodents and in non-human primates, we could generate a really good immune response that’s long-lasting, over six months, and it hadn’t really changed at all,” Bell said in a recent interview. “It looks like it’s a very potent vaccine.”

He adds, the technology being used in this vaccine can be used for other variants of COVID-19 or other viruses all together, in the event of another pandemic.

“We think just a single shot of this [vaccine] may be sufficient to generate long-lasting immunity against whatever antigen we decide to put into it,” Bell explained. “In the future, if there’s other pandemics for instance, we could very rapidly put those viral proteins into this vector.”

However, in order to move forward with human testing, the hospital requires additional support from governments or other partners.

Bell and his team, who normally focus on cancer-related vaccines, shifted their work and began working on this vaccine when the pandemic broke out.

Two doses of Pfizer vaccine shows some effectiveness against Omicron

The first large-scale analysis of vaccine effectiveness in the region where the new variant was discovered appears to support early indications that Omicron is more easily transmissible, and the Pfizer shot isn’t as effective in protecting against infection as it was against the Delta variant.

The analysis was based on more than 211,000 positive COVID-19 test results, 41 per cent from adults who had received two doses of the Pfizer vaccine. About 78,000 of these positive COVID-19 test results between Nov. 15 and Dec. 7 were attributed to Omicron infections. The study was carried out by Discovery Health, South Africa’s largest private health insurer, and the South African Medical Research Council.

The study has been carried out in the weeks since Omicron was first announced in November by scientists in South Africa and Botswana. The researchers emphasized its findings are preliminary and not peer reviewed.

The data was gathered from the first three weeks of South Africa’s Omicron-driven wave and may change as time passes. South Africa is the first country to experience a surge in COVID-19 driven by the Omicron variant.

South Africa has experienced rapid community spread, concentrated in its most populous province Gauteng, dominated by the Omicron variant.

“Superb genetic surveillance by the Network for Genomic Surveillance in South Africa identified that omicron infection accounts for over 90 per cent of new infections in South Africa, and has displaced the formerly dominant delta variant,” Discovery Health chief executive Dr. Ryan Noach said.

“The Omicron-driven fourth wave has a significantly steeper trajectory of new infections relative to prior waves. National data show an exponential increase in both new infections and test positivity rates during the first three weeks of this wave, indicating a highly transmissible variant with rapid community spread of infection,” Noach said.

The result shows that vaccinated individuals who received two doses of the Pfizer vaccine have 33 per cent protection against infection from Omicron, relative to those who were unvaccinated in the first weeks of South Africa’s current omicron-driven wave. This represents a significant drop from the 80 per cent protection against infection afforded during the earlier period, probably on the basis of lower antibody susceptibility, following the extensive spike protein mutations in the Omicron variant.

The study shows that the protection against hospital admission is maintained across all ages, in people from 18 to 79 years old, with slightly lower levels of protection for older people, with 67 per cent in people age 60 to 69 and 60 per cent for people age 70 to 79. Protection against admission is also consistent across a range of chronic illnesses including diabetes, hypertension, hypercholesterolemia, and other cardiovascular diseases. 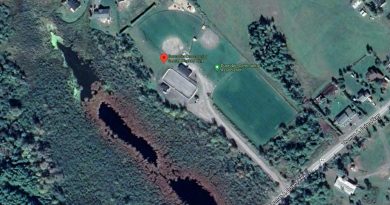