OTTAWA — Last year was a boom for cycling across the country. With fewer cars on the road, more people decided to take up cycling during the pandemic as a means of travel and exercise.

Demand for bikes has also skyrocketed.

“This year, in an effort to #EndBikeTheft in our city, the Ottawa Police Service (OPS) is releasing incident-level bike theft data for the past six years,” the OPS released in a statement yesterday (April 26). “This information shows hot spots in the city, as well as information on how to better foil thieves and protect your bike.”

A key priority for the OPS is to raise awareness about bike thefts and how to prevent them.

“We are already seeing the number of stolen bikes on the rise in 2021,” the OPS said. “So far, we have received 30 more reported bike thefts than at this time last year, nearly a 70 per cent increase.”

Here are the highlights of the data:

You can find the full data set here through Open Ottawa (https://open.ottawa.ca/). The data includes a number of key variables including date, time of day, day of week, make, model, colour, reported value, and speed.

Take steps to enhance the security of your bikes:

“Please report it,” the OPS said. “We rely on the public to help us identify those responsible; if your bike has been stolen you are encouraged to file a theft report online at www.ottawapolice.ca/onlinereporting. You can also help police by pre-registering your bike on the 529 Garage app.”

OPS initiatives like Project Hot Wheels and other initiatives are also proactive measures neighbourhood and patrol officers are engaged in to help recover stolen bikes and get them back to their owners.

“Our officers will connect with social media groups like Stolen Bikes Ottawa as well as using our 529 Garage data to help to provide leads to investigate thefts in the city,” the OPS said. “The release of bike theft data through Open Data Ottawa is part of our commitment to improve access to public safety data. In addition to this data, Criminal Code of Canada offence data is also available at the neighbourhood level through www.neighbourhoodstudy.ca.”

You can now access six years of data through Open Data Ottawa (https://open.ottawa.ca/). The information provides details on bike theft incidents. For privacy reasons, each point has been geo-masked to the nearest intersection within the neighbourhood where the bike was reported stolen. This information will be updated annually to provide residents with information that will help collaborate on solutions to prevent bike theft in Ottawa.

You can also submit an anonymous tip by calling Crime Stoppers toll-free at 1-800-222-8477 or visit crimestoppers.ca. 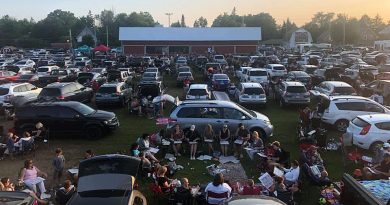 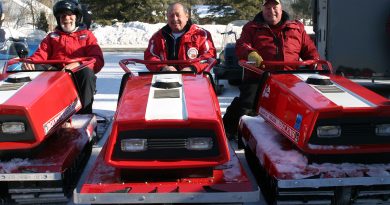