Kanellakos outlined the coordinated city teamwork underway to sustain, recover and rebuild services, with a strong focus on public health and economic recovery.

“The city is working with all levels of government, the business community and non-profit sector to support Ottawa’s economic recovery, while addressing immediate and evolving community needs due to the pandemic,” city staff released in a statement today.

Ottawa’s chief medical officer of health Dr. Vera Etches updated council on Ottawa’s response to the COVID-19 pandemic, including plans to expand capacity to test every person in Ottawa with COVID-19 symptoms. Dr. Etches emphasized the need to continue physical distancing and good hand hygiene to help flatten the curve of the virus.

Council also received an update on the city’s revenues and expenses in the first quarter of 2020. Because of lost revenue and increased costs due to COVID-19, the property tax-supported component of the city’s budget ended the quarter with a $6.63 million deficit, while rate-supported services ended with an $876,000 deficit. Later this year, council will receive an update on the second quarter, which will include a forecast of the city’s financial position until the end of the year.

Council thanked Ken Hughes for seven years of work as the city’s auditor general. Hughes’ fixed term of service is set to expire at the end of December and council approved a recruitment process to hire his replacement. Mayor Jim Watson will chair the hiring panel, joined by Coun. Jean Cloutier, chair of the Audit committee, Coun. Carol Anne Meehan, vice chair of the Audit committee and deputy mayors Coun. Laura Dudas, Coun. Matthew Luloff and Coun. George Darouze. The panel will hire an external search firm to help find a new auditor general. The panel will recommend a candidate by the end of the year.

Council received an update on Stage 1 and Stage 2 of light-rail transit. The city continues to work with Rideau Transit Group to improve the reliability of service on the Confederation Line. Staff provided council with a summary of Rideau Transit Group’s improvement plan, which outlines the group’s priorities to ensure Line 1 operates to the standard expected by the city under the project agreement and by customers.

Stage 2 construction continues on all three extensions. In the south, rail bridge and elevated guideway construction is progressing. In the east, Highway 174 work is underway to prepare for guideway and station construction in the median. In the west, utilities are being relocated in preparation for cut and cover tunnel construction to start later this year.

To support the growth of the local television and film industry, council approved the creation of the new Film Bylaw. The new bylaw creates a film permit and provides film and television production companies with a streamlined application process to film on city property and access city services.

Also approved was the sale of an underground portion of the city-owned pedestrian mall on Waller Street for $467,000. The purchaser owns the adjacent property at 201 Rideau St. and plans to use the existing space to limit the number of parking levels needed under a planned 24-storey hotel and residential building.

Council directed staff to issue a request for offers to identify potential opportunities to acquire, fund and finance hotels, motels and modular solutions that become available due to current economic conditions. Staff will provide an update at the next meeting of the Community and Protective Services committee on Thursday, June 18. The mayor will continue to work with upper levels of government to identify funding to help acquire innovative housing to support local needs. 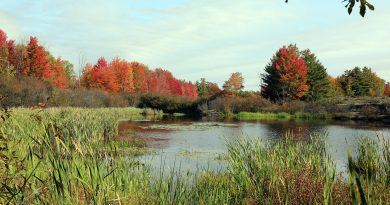