OTTAWA – In its latest Canadian Outlook, The Conference Board of Canada forecasts the pace of economic recovery from COVID-19 will flatten, if not stall, between now and mid-2021.

While Canada’s economy has bounced back in recent months following the economic plunge sparked by the pandemic shutdowns in March and April, the conference board says the pace of recovery is expected to peter out over the autumn and winter as the arrival of colder weather, coupled with a rise in the number of COVID-19 cases, further disrupts Canada’s economic activity.

“Progress has been made,” says Pedro Antunes, chief economist at the Conference Board of Canada. “But we nevertheless expect that localized closures and a retrenchment in some segments of household spending and business activity will hold back Canada’s pandemic recovery into the middle of next year.”

The impact of COVID-19 on Canada’s economy was swift and severe. At its trough in April, real gross domestic product (GDP) was at 82 per cent of February’s pre-COVID levels, three million Canadians were out of work, and total hours worked had plummeted a staggering 28 per cent.

As health restrictions began lifting in May, the rebound began. Statistics Canada estimates that July’s economic activity was at 94 per cent of February levels, and by August, 1.9 million jobs had been recovered. That rebound is positive, but a gaping chasm remains to be closed before Canada’s economy returns to normal.

While economic activity is fully restored in some sectors, the conference board says many will not see a return to normal until a vaccine is available to the wider public, both in Canada and around the world. Some industries and firms in Canada may never fully recover. Air transportation, for example, is nearly shut down and operating at just five per cent of normal levels. Accommodation, food and beverage services, textiles, manufacturing, printing, motion pictures and sound recordings are examples of industries that remain hard hit and face an uncertain future.

The health measures and testing currently in place across Canada should prevent another full shutdown of economic activity, but localised and regional shutdowns should be expected in the coming months and they will continue to negatively impact the path of recovery. Another factor to consider is what happens south of the border. The U.S. recovery depends on Congress and the president agreeing to additional stimulus measures to keep the economy on. Canadian exports to the U.S. have rebounded, but continued progress is tied to U.S. household spending.

Overall, the Conference Board of Canada forecasts that real GDP will shrink by 6.6 per cent in 2020. While significant, that is an improvement over the last Canadian Outlook that called for an 8.2 per cent decline this year. Solid gains in 2021 and 2022 will not be enough to bring Canada’s economy back to its full potential. Over the medium term, provincial and federal governments will struggle to rein in spending, while rising interest rates will dampen gains in business investment and household spending. Canada’s unemployment rate is not expected to return to pre-COVID levels until 2025.

The Government of Canada has taken decisive action to lessen the economic damage. In total, federal stimulus measures will account for over 12 per cent of GDP in 2020. However, the government will likely have to stop spending in the near-term to regain control of its deficits. The Conference Board of Canada expects growth in federal government consumption to slow to an average annual rate of 0.8 per cent between 2021 and 2025.

Additionally, the Bank of Canada and the U.S. Federal Reserve slashed their benchmark interest rates by 150 basis points during the peak of the pandemic and have since left rates unchanged. The Bank of Canada has made it clear that its immediate priority is to provide enough monetary stimulus to support the country’s economic recovery. Given that the economy remains in a fragile state, the central bank has indicated that it will keep rates low for a long time to avoid derailing Canada’s economic recovery. The U.S. Federal Reserve has delivered a similar message.

Consequently, the Conference Board of Canada does not expect that the Bank of Canada or the U.S. Federal Reserve will increase interest rates until at least 2023.

The Conference Board of Canada is the country’s leading independent research organization. Our mission is to empower and inspire leaders to build a stronger future for all Canadians through our trusted research and unparalleled connections. 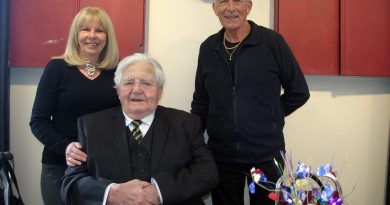 Armitage celebrates 95 at the Legion 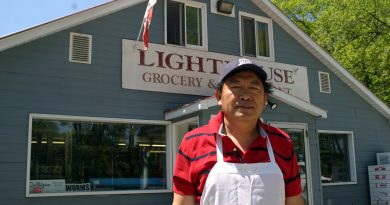