Deputy Mayor Darouze, standing in for Mayor Jim Watson who is recovering from a surgical procedure, made the announcement today (April 26) from city hall as new prognostications call for the Ottawa River to rise 50 centimetres above the high point from the May 2017 flood.

The city uses May 2017 as the benchmark for tracking the fast-rising Ottawa River.

“We’re going to surpass that in the coming days,” city manager Steve Kanellakos.

Because of that, city staff and emergency personal are expected to go door to door in West Carleton in the coming days, trying to make as good a case as they can for residents in high risk areas to accept a voluntary evacuation.

“The City of Ottawa is coordinating an evacuation plan for residents who live where floodwater is posing an imminent threat to safety, life and property,” city staff released in a statement today. “Affected residents will be informed through a visit by city staff who will provide specific advice to residents, namely to either evacuate, or prepare for the possibility of evacuation.”

Darouze said West Carleton will be the area hardest hit by the flooding and will be the focus of the earliest evacuation orders.

“The streets will be flooded,” city manager Steve Kanellakos said. “If there’s more than 30 cm of water on the road our emergency vehicles can’t use the roads. They can’t respond to emergencies.”

Kanellakos said the city can’t force an evacuation upon a person but hopes people will heed the warning.

West Carleton-March Councillor Eli El-Chantiry has been at all the trouble spots several times over, over the last week.

“As we walked around today, we could see how much the water rose overnight,” he said. “We’re going to be in trouble.”

El-Chantiry understands people are reluctant to leave their homes, if only so they can make sure their pumps are running, but says if the emergency vehicles can’t access the roads, and the electricity and gas is shut off, home could be a dangerous place.

“This really is a risk,” he said. “That’s a sign you have to go. I hope residents take that message seriously. I think it’s going to be inevitable.”

Today public health officials and emergency services people were going door-to-door in high-risk areas doing wellness checks, but no calls for evacuation yet.

Also today, about 400 soldiers from Garrison Petawawa arrived to assist with flood relief efforts, mostly in West Carleton. Their role is to assist with sandbagging operations and help in the effort to prepare for the flood.

“They will continue to work with the community to assess re-prioritization and re-distribution of sandbags,” a military spokesperson said. “Tomorrow we will look at resources to better address our high-priority needs.”

Premier Doug Ford also visited the Constance Bay area this morning, touring some of the affected areas, speaking with Coun. El-Chantiry and shoveling a few sandbags.

Ford said it was “absolutely the right call” to bring them in.

“It gives the community a sense of security,” Ford said.

While the Ottawa River continues to rise, the rivers and tributaries making up the Mississippi Valley watershed are starting to stabilize – at least in West Carleton.

According to the Mississippi Valley Conservation Authority, Dalhousie Lake is expected to increase another five to 20 cm but Mississippi Lake flows have stabilized.

“The Mississippi River appears to have stabilized at this time,” the MVCA said. “Levels are expected to remain relatively constant over the next 48 hours. All residents along the river should keep a close watch on levels and take necessary precautions to protect their property.”

The Carp River stabilized last week and the MVCA stopped issuing updates on the river on April 23.

If evacuation is needed, city staff provided some tips.

“The city understands the stress surrounding the ordeal of being displaced,” staff released in a statement. “However, the city’s multi-service response team will help to provide assistance and comfort during an evacuation, if necessary. Assistance will be provided to any vulnerable residents who require support. Impacted residents will be asked to report to one of the Community Support Centres that have already been established to help residents in flood-affected communities.”

If asked to do vacate their homes, residents should follow these safety tips:

“The safety of residents is always our number one priority,” city staff said. “We thank affected residents for your cooperation and understanding as we work quickly to respond to this situation.” 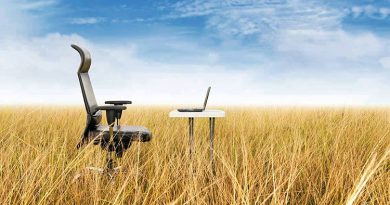