OPINION – Last December the United Nations adopted the Declaration on the Rights of Peasants and Other People Working in Rural Areas. This declaration was brought forward by La Via Campesina (LVC) – a global movement which brings together organizations representing small- and medium-scale farmers, peasants, agricultural workers, rural women and indigenous communities. The National Farmers Union (NFU) is a founding member. LVC advocates for food sovereignty and it advocates for an agriculture and food system based on agro-ecology.

One of LVC’s red-line (ie must be included) articles in the negotiations leading to Declaration was article 19 – the right to seeds. Under article 19, the right to seeds includes the right to the protection of the traditional knowledge contained within seeds and the right of peasants to save, use, exchange and sell farm-saved seed or propagating material. Article 19 goes on to state that agricultural research should take into account the needs and experience of peasants and should ensure peasants are actively involved in setting priorities for agricultural research.

As organic farmers in Canada, we may not define ourselves as peasants but the definition of a peasant in Article One of the Declaration certainly includes me, and I would suggest, many other organic farmers. A peasant is defined as any person who engages in small-scale agricultural production for subsistence and/or for the market and who relies significantly, though not necessarily exclusively, on family or household labour, and who has a special dependency on and attachment to the land.

In her keynote speech to the NFU National Convention last November, Romanian farmer Ramona Dominicioiu, who was closely involved in the negotiation and lobbying effort for the declaration, said that the need for the Declaration on the Rights of Peasants is readily understood in the global south, but not so obvious to those of us in the global north. She suggested that one of the reasons it is not so obvious to us is that we have already allowed many of our rights to to be degraded, including our right as farmers to save, re-use and exchange farm-saved seeds. She said that we have made it possible through legislation such as the Plant Breeders Rights Act and patents to allow corporate seed companies to sue us for infringing on their intellectual property rights (seeds) – seeds that are based on our knowledge as farmers; seeds that are based on our genetic resources.

In 2015, Canada’s Plant Breeders’ Rights (PBR) Act was brought under UPOV ’91. UPOV is an intergovernmental organization that creates model laws related to Plant Breeders Rights for countries to adopt. Each new version of UPOV has given seed developers more rights and more control over new varieties of seed. Prior to 2015, Canada’s PBR Act was based on the UPOV ’78 model law, which allowed plant breeders to charge royalties on the sale of seed of new varieties but also allowed farmers to continue their age-old practice of saving and re-using farm saved seed. The UPOV ’91 model law adopted in 2015 gives seed companies additional tools to make more money on and have more control over new varieties of plants. Specifically, the 2015 version of Canada’s PBR Act brought in a “farmers’ privilege” to save seeds, as opposed to the farmer’s right to save seed, and it opened the door to End Point Royalties. These two changes are key to the current discussions around changes to the Canadian seed system.

End Point Royalties allow PBR holders to charge a royalty on the sale of the harvested crop from new PBR protected varieties. As farmers, we now have the privilege to save and re-use seed from our own farms. But a privilege is not a right – a privilege is something that can be taken away and under Canada’s PBR laws, the privilege can be taken away by regulation. A regulatory change can be made more quickly and with less debate than a change via legislation. And the farmers’ privilege can be removed for certain crops, for certain regions, for certain farm sizes or for various other situations. Based on current discussions, it appears the Canadian PBR Office is preparing to remove the farmers’ privilege for wheat grown in western Canada and for horticultural crops including vegetables which are grown from seeds as well as fruit trees, ornamental plants and vines that are grown from cuttings and tubers.

The Principle of health says that organic agriculture should sustain and enhance the health of soil, plants, animals, humans and the planet as one and indivisible.

How will we as organic farmers continue to sustain the health of soil, plants, animals, humans and the planet if we continue down the road of losing control of seeds?

Organic agriculture should be based on living ecological systems and cycles, work with them, emulate them and help sustain them, according to the Principle of Ecology.

The Principle of fairness says that organic agriculture should build on relationships that ensure fairness with regard to the common environment and life opportunities.

Under the Principle of care, organic agriculture should be managed in a precautionary and responsible manner to protect the health and well-being of current and future generations and the environment.

As organic farmers, if we follow the principle of care to manage in a precautionary and responsible manner for future generations, we need to take action now to protect the right of the next generations of farmers to save, re-use, exchange and sell farm-saved seed from varieties being developed now and over the coming years – new varieties that farmers will need to cope with a changing climate and all that entails.

As organic farmers we all need to consider whether efforts to remove the farmers’ privilege and efforts to open up new opportunities for larger seed companies to take more control of seeds fit within our General Principles of Organic Production in Canada. La Via Campesina has convinced the United Nations to recognize our right as peasants and small farmers to our traditional knowledge contained in seeds. As Canadian organic farmers we need our government to also recognize and protect our right to save, re-use and exchange the seeds from our farms.

There are other ways to move ahead and strengthen organic farming in Canada as it pertains to the development of the new varieties we need to farm in a changing climate. We can make ourselves aware of and push for the NFU’s Farmers’ Seed Act. We can advocate for a re-investment in public breeding for the public good. We can support farmer-led plant breeding initiatives, such as those being undertaken by the Ecological Farmers Association of Ontario and the Bauta Seed Initiative, which include a commitment to keep any new varieties in the public domain. We can tell our organic organizations to stand behind our organic principles and to stand with Canadian farmers by speaking out against the proposed changes to seed laws and regulations. We can demand that our government representatives support farmers age-old practice of saving, reusing and exchanging farm-saved seed. Whoever controls our seed controls our food.

More information on the NFU’s analysis and Save Our Seed Campaign is available on the NFU website at www.nfu.ca.

Ann Slater has been an organic market gardener in the St. Marys, Ontario area for over 35 years (certified organic for over 20 years). This article is based on her presentation to the Organic Council of Ontario annual meeting, April 12, 2019.

One thought on “NFU: Farmers’ right to seed is a matter of principle” 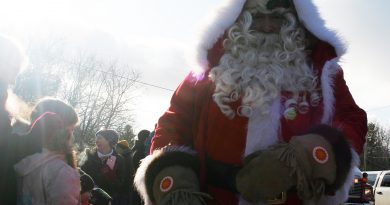 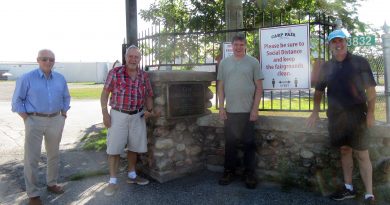