CARP ROAD CORRIDOR – The Carp Road Corridor Business Improvement Area (BIA) expects the City of Ottawa’s proposed COVID-19 business tax will lower taxes for some of its members while increasing it for other.

Last April the city announced it will be looking at a new property tax discount for small businesses.

In the provincial budget tabled in March, the Ontario government is allowing municipalities to create a new tax subclass for small business property owners, allowing them to pay a lower rate than their larger counterparts.

The plan is to give owners of small business properties, which the city defines as 15,000 square feet ( single-storey retail, daycares, motels, even modest industrial parks) a 10 per cent discount on their municipal property taxes.

A little more than one-third of business properties in the city would be eligible for a discount, while larger property owners will be taxed at a slightly higher rate to make up for the shortfall.

The province has also pledged to pick up the tab for a portion of the education taxes that small businesses pay. For example, the owner of a business property assessed at $600,000 could get a tax break of as much as $1,500.

The measures are in response to the COVID-19 pandemic, but the tax discount would be permanent.

“This is a good example of big business helping small business,” Mayor Jim Watson, who chairs the committee, said at the time.

A final report on the new tax class is expected this summer, so the new tax rules can be in force by 2022.

“Pointing to COVID impacts on business, the city is proposing to reduce the tax rate for small business by 10 per cent,” BIA executive director Roddy Bolivar released in a statement last week (July 7). “The reduction in tax income will be funded by a tax increase to large businesses of less than one per cent.”

“The business association has talked to a few members and heard a number of concerns,” Bolivar said.

Bolivar says building size is not an indicator of a small or large business.

“This is even more true in the corridor where buildings tend to be bigger than in the urban business areas,” he said. “The change will be a benefit and a cost to property owners, not business owners.”

“Not all businesses have been impacted equally due to COVID-19,” Bolivar said. “For those whose business has seen a large impact, a 10 per cent reduction in property tax may not be significant enough to make a difference.”

Bolivar says there is still time to consult with the city and address the concerns of West Carleton’s largest business community.

“The city is open to comments from the business community and will finalize the proposed changes later this summer,” he said. “If the proposal is approved by city council it will take effect on next year’s taxes. Regardless of these proposed changes, there will be an annual tax increase also taking effect for 2022 and anticipated to be three per cent.” 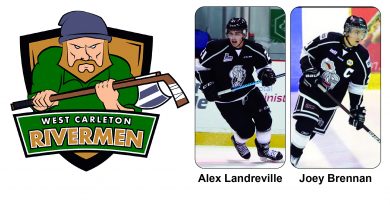 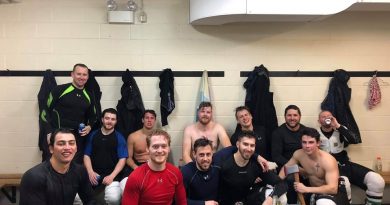