CARP – The provincial election was less than three months ago and in that short time, Dr. Merrilee Fullerton has gone from retired doctor, to first time candidate, to first time Member of Provincial Parliament to first time minister.

“It’s like drinking from a fire hose,” MPP Fullerton said over a tea at Alice’s Village Café on Aug. 24.

Just back from Toronto, in between a visit to the Ottawa River Canoe Club and a tour of a growing hi-tech firm in Kanata-North, the MPP sat down with West Carleton Online in her first one-on-one interview since Doug Ford and the Progressive Conservative Party won a majority government on June 7.

“I’ve been working hard all summer,” Fullerton said. “That’s okay, I’m a hard worker and like to get down to business.”

The first PC provincial government in 15 years also got down to business right away. The party held a rare summer session of the Ontario Legislature which wrapped up Aug. 13. During that session the government pushed ahead on promises to scrap cap-and-trade and subsidies for energy-saving windows and electric cars and a return to the previous sex education pre-2014 as part of the Ontario health curriculum.

Fullerton says she’s getting good feedback from her riding.

“I’m hearing from a lot of people about how excited they are for the Ford government to get to work,” she said. “There’s relief and optimism.”

“It’s a great group, hard workers, dedicated and I’m proud to be part of it,” Fullerton said.

On June 29, Fullerton was appointed minister of the newly retitled Ministry of Training, Colleges and Universities.

“It was very much a surprise, I’m very honoured and privileged,” Fullerton said. “I couldn’t have asked for a better portfolio. It touches so many things. When you look at the economy, you have to prepare for the future. It’s very important.”

On Aug. 16 Fullerton was at Algonquin College to attend the President’s Breakfast.

“Universities need to be adapting,” Fullerton said. “The pace of change in the work force is very quick.”

Fullerton, who has three children in their 20s, says she “feels like I’ve been to university four times.”

Fullerton says the pace of change in her own riding’s workforce is quickly evolving as well.

“Agriculture is becoming very innovative,” she said. “(The farmers) in West Carleton have to have access to good Wi-Fi.”

Fullerton says there’s not much difference between the needs and wants of her rural riding members and her urban ones on Kanata.

In the end, Fullerton won her riding handily on June 7. She beat runner up New Democratic Party candidate John Hansen by nearly 8,000 votes. But the campaign took a nasty turn when Liberal Party members called Fullerton ‘Islamaphobic’ based on old tweets from 2015. She did not want to address the accusations when interviewed by West Carleton Online immediately following her campaign victory. But three months later, Fullerton is able to look back.

“It was quite shocking,” said Fullerton who has lived in Kanata since 1967. “That’s so far from who I am. You just rise above it. I was disappointed at the attempt to misrepresent me.” 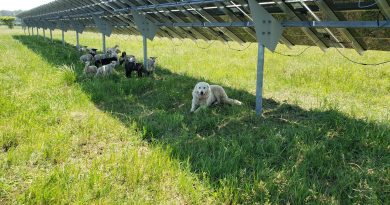