CARP – They grow up so fast.

And like any nearly one-year-old, the space is still growing fast.

“We’ve sold out of all of our two-bedroom apartments,” Gunning said. “We’re renovating so we can add some more. They’re going to be ready at the end of March.”

The residence has sold a third of its available options and Gunning says that includes “a lot of couples.”

“I’ve never had so many couples,” Gunning, who leads the marketing for the Verve family of retirement residences, said. “It’s a really neat dynamic.”

The residence also now offers a respite program and the downstairs bistro is now available for residents to order their meals in. As any visitor knows, the main level floor offers lots of space for casual or formal meets and is becoming a real community hub, not just for residents, but all of Carp.

“The goal is to maximize this space, not just for the residents, but for the community,” Gunning said.

Gunning says the retirement village is looking at hosting a health expo in the space in the future.

“Let people know what’s in the community,” Gunning said. “We want to find new things that can become a tradition.”

One of those things just might be this weekend. During the Huntley Community Association Winter Carnival on Saturday, Feb. 29, where the staff will be serving hot chocolate and homemade beaver tails.

Another might be Sunday, March 1, from 2 to 4 p.m. when the Carp Commons Retirement Village officially celebrates its first anniversary.

“Treat yourself to the wonderful culinary samples of Chef Matthew Brearley and his team,” the Carp Commons Retirement Village released in a statement. “Enjoy live entertainment and take a tour of our common areas and available suites. We will also be offering some special anniversary incentives that you will not want to miss.” 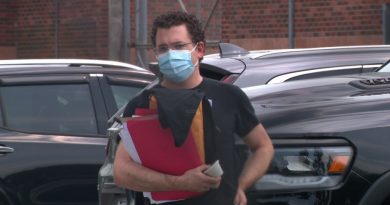